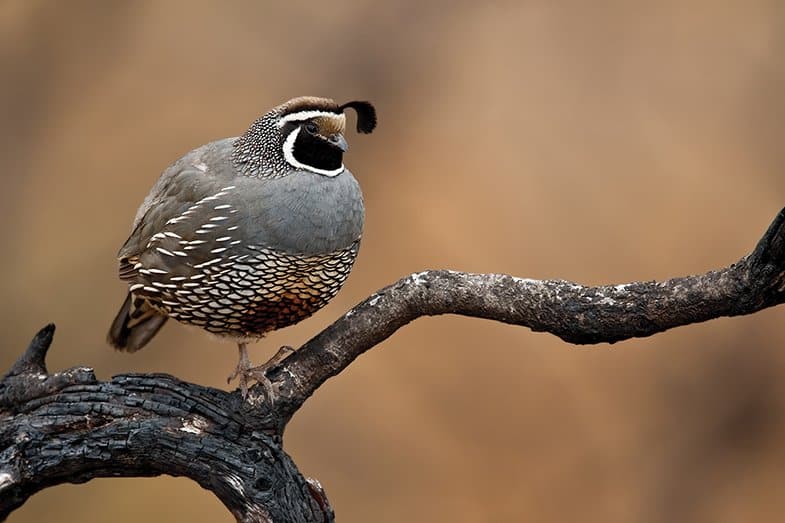 Last week I took a bird walk I learned of from the organization Bird LA in conjunction with Pasadena Audubon. Both have a field trip calendar and a website.

I am second to none in my emotional response to birdsong though my identification skills leave something to be desired. If the leader was any indication, birdwatchers are a laconic lot, not given to poetic effusions about their hobby.

So were you raised in Pasadena?
No.

I soon learned that August is the absolute slowest, i.e. worst, month for bird-watching. (May is the best month for migrants going north). In addition, we were in the middle of an epic drought and a Southern California heatwave. And on Sundays, Eaton Canyon is overrun with people.

This is just the type of thing I love, for about an hour. We tramped through the brush: seven heads covered with sensible hats against the blazing sun, then me.

You hardly have to be an Alpine hiker to go on one of these bird walks. We crept along at a snail’s pace, wilting in the heat, and all told covered maybe a third of a mile. Which was just as well considering that mid-morning, the temperature had to be well in the 90s.

Quail and towhee were two of the major birds of the day. “You hear the towhee first thing in the morning. Good chaparral bird, not much color. They stay close to the ground.”

Someone pointed out a hawk’s nest in the crook of a tree.

“Mourning Dove. Go to the top of that palm tree, come down and there’s a dead oak, to the left, right up along the top.”
“To the left, near the ground.”
“Tall palm tree, one o’clock.

“There’s a waterfall a mile and a half or so in but this time of year there’s likely to a hundred people and a little trickle of water. You might see a dipper up there.”

“Watch out for the poison oak.”

“Today is particularly low-key because of the heat. There are a couple of water drips right in the trails behind the nature center that are reliable spots.”

Very very quiet. No motion, no sound. A “slow” day is of course part of the birding experience. Like a theater set, the stage is struck each time.

“Woodpeckers for example are usually on trunks and branches. You’re not going to see one in the brush.”

“Bewick’s wren!”
How can you tell?
“Right size, right flight and a big big white eyebrow.”

Someone pointed out a live oak where a screech owl lived several years ago.
A raven flew overhead.

Around the next bend, a member of our party stood stock still, ear cocked toward an outcropping of rocks some distance away. “That’s a Canyon Wren,” he announced. “A really beautiful song when it’s full-throated, a descending trill that sort of echoes.”

So we all stopped to try and spot the Canyon Wren. “They often emerge from brush and rocks,” the folks said. For five minutes or so we scanned the tree branches, the chaparral, the sky. I personally was entranced with the tops of trees and, leaving the experts to their work, took several photos.

‘There he is!” someone finally hissed. “Right there skittering up the rocks.’

I raised my binoculars and, after a few seconds, exclaimed, “I see him, too!”

Then I realized everyone else’s sight was trained 30 degrees to the right, looked again, and saw what I’d spotted clambering up the rocks was a chipmunk.

We came upon a Wrentit, the Pasdena Audubon’s mascot. “It looks like a Bushtit with a really long tail,” a birder explained, which as you can imagine, helped a lot. .
I learned a birder’s saying, describing the sought-after experience in descending order of preferability: “Saw it, heard it, heard about it.”

“California’s Gold!” I shouted, unable to resist a nod to the late, great Huell Howser, which at least reminded a real birder of the California Gull, followed by the collective realization that the California Thrasher made six.

But probably the most excitement was the up-close sighting of a Spotted Towhee, which even I could take part in and fully appreciate: the fluffy down beneath its chin, the “rufous flanks,” the white spots on its wing feathers.

Back at the Nature Center, a woman who didn’t want her name used kindly allowed me to sit with her for a few minutes at the “seep.” She’d been watching birds for over fifty years and told how you have to be a little careful about letting some folks know where certain birds are and pointed out a log that was “lousy” with Bewick’s Wrens.

“Where did the rest go?” I said presently, thinking to say thank you and good-bye.