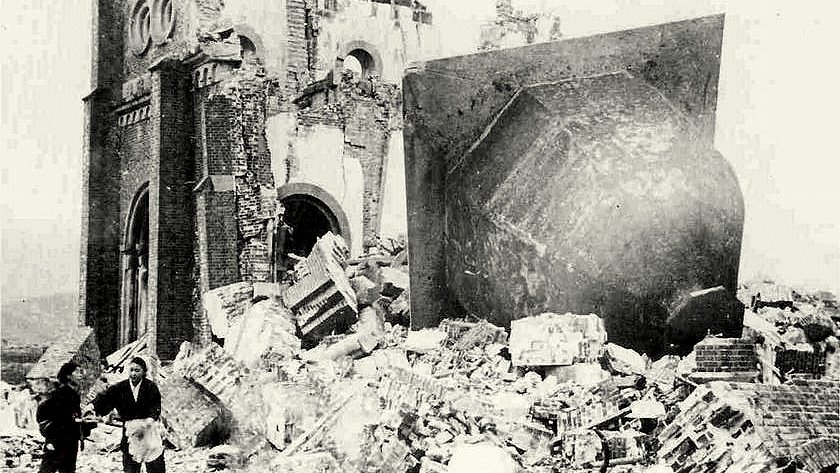 A couple of excerpts from a piece in this weeks’s The Tidings about Fr. George Zabelka called “Catholic priest who blessed atomic bomb crews — and his conversion”:

“ ‘If a soldier came to me and asked if he could put a bullet through a child’s head, I would have told him absolutely not. That would be mortally sinful.’ ”

“But in 1945 on Tinian Island in the South Pacific, where the atomic bomb group was based, planes took off around the clock, said Zabelka. ‘Many of these planes went to Japan with the express purpose of killing not one child or one civilian but of slaughtering hundreds and thousands of children and civilians – and I said nothing.’ ”

” ‘I was told the raids were necessary; told openly by the military and told implicitly by my Church’s leadership. To the best of my knowledge no American cardinals or bishops were opposing these mass air raids. Silence in such matters, especially by a public body like the American bishops, is a stamp of approval.””

“ ‘Christians have been slaughtering each other, as well as non-Christians, for the past 1700 years, in large part because their priests, pastors and bishops have simply not told them that violence and homicide are incompatible with the teachings of Jesus. ‘ ”

10 Replies to “A PRIEST ON THE EVIL OF NUCLEAR WEAPONS”

Leave a Reply to Catholic News and Issues Cancel reply