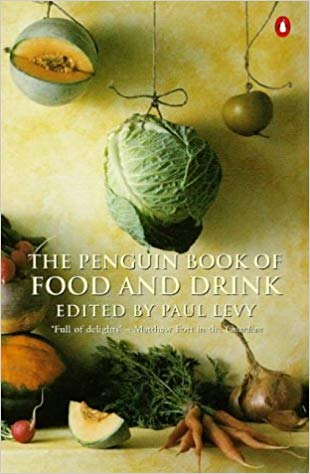 The essay “Funeral Cookbooks” by Alan Davidson, in The Penguin Book of Food and Drink, begins like this:

“There is a custom which I have met only in Thailand, whereby a person composes a small cookbook before her or his death, so that it can be distributed as a keepsake to the mourners attending the funeral.

The recipes, typically no more than a score, are likely to be those which the deceased especially enjoyed. They need not have been composed or used by the deceased, but often are. Sometimes they incorporate little anecdotes and attributions. . . .

The idea is attractive. With what better keepsake could one depart from a funeral? What other would equally well keep one’s memory green among friends? If one is to issue some sort of posthumous message, avoiding anything egotistical or hortatory, is not a simple message about enjoyable food the best that could be devised? It is true that one could equally well compose a list of ‘books I have enjoyed,’ but that might seem didactic, even patronising; whereas a little bouquet of recipes arrives on a more relaxed note.”

In case I croak today, here’s a recipe you can put in my cookbook.

It’s fast, easy, and if you live in Southern Cal., you can usually simply walk up and down the block and find a stray rosemary bush.

And the shortbread-type bars are delicious.

Spread pine nuts on baking sheet and toast, stirring once or twice, at 350 degrees until a shade darker and fragrant, about 5 minutes. (Watch carefully; pine nuts burn easily.)

Melt butter in microwave or in medium saucepan over medium heat. Remove from heat and stir in powdered sugar, rosemary and pine nuts. Stir in flour to make dough; it will be stiff.

Pat dough evenly into ungreased 8-inch square baking pan. Bake at 350 degrees until golden and firm at edges, about 20 minutes. Cool pan on rack about 2 minutes, then use sharp knife to cut bars into 16 squares. Let cool in pan at least 10 minutes before removing with small spatula. (Store, tightly covered, up to 5 days or freeze up to 1 month.)