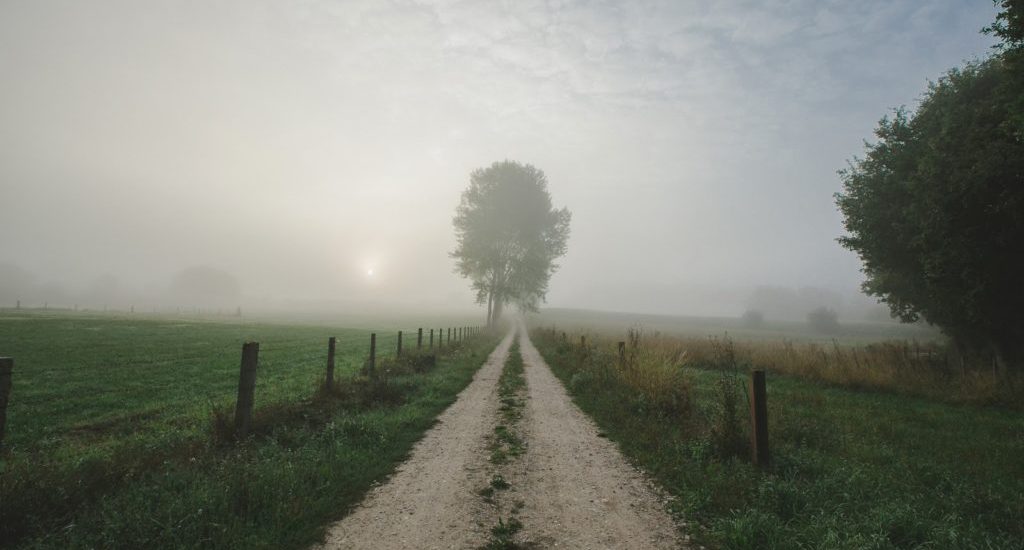 The Camino de Santiago—also known as the way of St. James—is a 500-mile ancient pilgrimage route that begins in southern France, crosses the Pyrenées, and snakes through Spain, ending at the spectacular cathedral in Santiago.

Annie O’Neil, a native of Los Angeles, had read of the Camino, was fascinated by the Camino, dreamed of the Camino. Then, one day in the fall of 2008, an old friend named Lydia Smith called out of the blue and said, “Have you ever heard of the Camino de Santiago?”

Smith was planning a documentary about folks who walk the Camino. Her plan was simply to go and let the Camino “provide.” But she needed someone to kick things off.

Annie’s first thought was, I’ll never be able to go. She had a job, a husband, responsibilities. How could she just exit her life for six weeks?

First, she trained. The youngest of six kids, she’d always wanted to prove herself. She hiked in Griffith Park with a pack and sticks.

“I was an athlete. I was a gymnast. I was a dancer. I love my body! But I set out to conquer the Camino.”

On one of her first days on the Camino, shown on film, she’s in frustrated tears. People twenty years her senior were passing her!

“It was very humbling to discover that when you’re competitive you’re either better than someone or you’re worse than someone. That’s not intimate. The Camino is intimate with human nature and with human beings. The Camino, or my idea of the Camino, had to end for it to truly begin.”

Raised Catholic, Annie now describes herself as a “seeker.” While walking, she listened to “the birds, the frogs, and the wind in the grasses along the meseta.”
She went from thinking, “Whose idea was it to put this part of the Camino next to a highway? No-one consulted me!” to, “How can I be gracious? How can I find the grace in every moment?”

She co-produced the documentary: Walking the Camino: Six Ways to Santiago.

“Lydia found 15 pilgrims, filmed their stories, and edited down to six. She ended up with a love story, a mother who was walking with her child, an older man who’d lost his wife and was walking with a friend.”

Afterwards, she wrote and self-published a book called Everyday Camino with Annie. “Not everyone will get to Spain. Not everyone is physically able. But we’re all on a Camino. Ongoing.”

Soon after the documentary came out, Annie heard from a man from Washington state named Phil Volker.

“Phil’s wife got in touch with me first. She said, ‘He has Stage 4 cancer but he loved your film. He wants to walk the Camino. It’s been a dream of his.’

“Then Phil contacted me himself. He said, “We have 10 acres on Vashon Island and I’ve made my own Camino in the back yard. I’m keeping track of the cities as I walk them. Right now I’m just outside of Burgos.”

Phil, a convert and a vet, tells small, meandering stories that end in surprising ways. Annie and her husband flew up to meet him. They became friends.

“Phil is so willing to meet people heart-to-heart. He has a whiteboard in his driveway telling the days and times he’s going to walk. There’s a blind man who joins him once a week. He’s a go-to person in his community when people find out they have cancer. The Catholic church is so important to him. He’s so aware of life and death. He jokes about it, he cries about it. But he’s not afraid of it. He’s walking it.”

After Phil had completed the 500-mile self-styled Camino in his backyard, he got well enough so his doctors let him leave for a month so he could walk the actual Camino.

“I said, ‘Phil, someone’s got to make a movie about you.’ I’m thinking that wouldn’t be me. But somehow I’ve taken on producing and directing a 30-minute short. Getting a crew to follow him a bit before he left, then to travel with him to Spain. “

They’re making their way through the film just like a pilgrim makes his or her way to Santiago: step by step, and with the kindness of other pilgrims. They’ve received donations from all over the world, many of them accompanied by stories of loved ones who have had cancer, or are in treatment for cancer.

They’ll be premiering later this year. They want to submit for the Oscars. They welcome more donations.

“How are we going to do this? I don’t know, but somehow it’s all working out. We have two actual executive producers. Bur our real Executive Producer, I say, is St. James.”