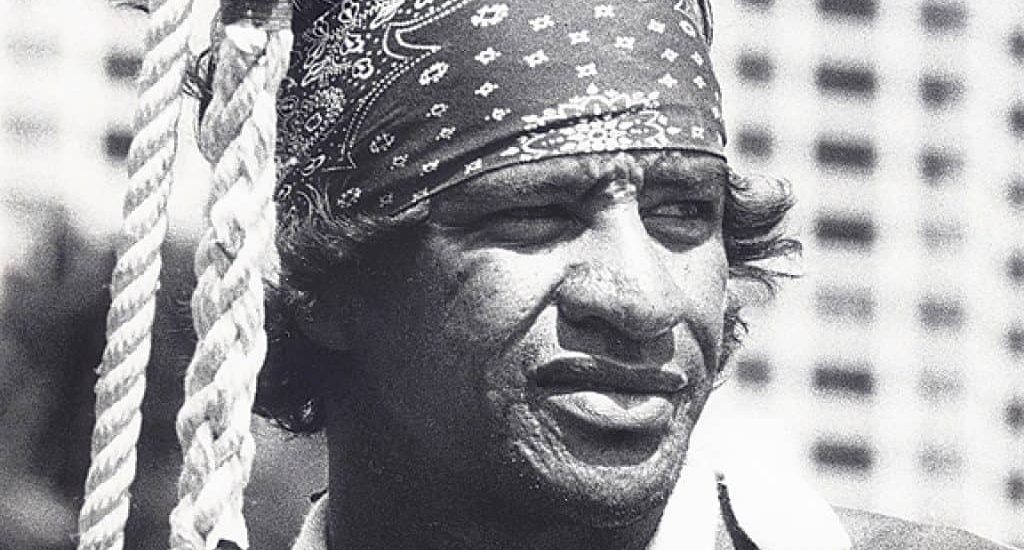 I grew up on the coast of New Hampshire. My first love was a surfer. When I moved to Southern California, I got to see the beaches I’d only seen before on TV: Malibu, Newport.

But up to last year, I’d never heard of Eddie Aikau. That was when a reader from Hawaii wrote me, saying:

“Eddie Aikau was a surfer life guard and native Hawaiian who gave his life in loving service. They have signs all about Hawaii saying ‘Eddie Would Go’ to commemorate his willingness to go where needed. The family was Catholic… They had monthly family meetings where all undercurrents of discord were uncovered, discussed, mended. They were a large family.”

“Eddie gave his life because he did go–to seek help for those on a capsizing ship while at sea. He gave up his life vest for others and climbed aboard his surf board seeking rescue. He was never seen again.”

I had to know more. Here’s his bio, from the Eddie Aikau Foundation website:

“Edward Ryon Makuahanai “Eddie” Aikau (May 4, 1946 – March 17, 1978) is one of the most respected names in surfing. He was the first lifeguard at Waimea Bay on the island of Oahu. He saved many lives and became well known as a big-wave surfer. “Eddie” was a true symbol of Aloha…

Eddie braved surf that often reached 20 feet high or more to make a rescue…He won several surfing awards including First Place at the prestigious 1977 Duke Kahanamoku Invitational Surfing Championship. The local saying, “Eddie Would Go,” refers to his stoke to take on big waves that other surfers would shy away from and his courage to make a rescue in impossible situations.”

On youtube, you can watch clips of Eddie surfing and a documentary called Hawaiian: The Legend of Eddie Aikau .

You can find Eddie Would Go: The Story of Eddie Aikau, Hawaiian Hero and Pioneer of Big Wave Surfing, by Stuart Holmes Colman, at the Los Angeles Public Library.

I learned that this old-school, world-class “waterman” was indeed raised Catholic. He came from a close-knit family of six kids, presided over by the charismatic “Pops,” who moved his family to the Chinese graveyard on Oahu where he was caretaker, worked hard, and threw parties featuring roast pig, slack-key guitar, and a potent home-brew (made of pineapple, brown sugar, and strawberry syrup) called “swipe.”

Eddie quit school in the 11th grade to surf. He worked the night shift at the Dole cannery, hit the North Shore in the morning, and rode waves all day. His genius was noticed early.

After coming of age, he drank a bit too much at times and, even after marrying, had a bit of an eye for the girls.

But his real love was the sea, and Coleman does a beautiful job of weaving Hawaiian history, culture, language, food, music and age-old mystical connection with the water into the story of this almost otherworldly surfer-lifeguard-folk hero.

Drownings and injuries were frequent at Waimea Bay. As a lifeguard there, Eddie routinely, and matter-of-factly, risked his life—often to save drunken, ungrateful tourists.

“He was a protector. It was a role he picked for himself and he was good at it,” notes ex-wife Linda Crosswhite.

He attempted over 500 rescues. Not one person was ever lost on his watch.

As a surfer, he rode waves nobody else would. He didn’t want to attack, carve up, use the wave as an object to showcase himself. He wanted to be one with the wave.

In a culture whose land had been stolen by a few white businessmen, whose language, culture, customs, and even ocean had been commandeered by outsiders, Eddie didn’t want to fight. He was a peace-maker, which is the one thing, perhaps, that takes more courage than fighting.

He had the duende–roughly, style crossed with soul crossed with class–of bullfighters and certain ballerinas.

In 1976, the Polynesian Voyaging Society decided to sail the Hokule’a, a double-hulled voyaging canoe, on a 30-day, 2500-mile journey that was to follow the ancient route of the Polynesian migration between the Hawaiian and Tahitian islands. Eddie, deeply proud of his Hawaiian heritage, was chosen as a team member.

The Hokule’a set sail on March 16, 1978 in stormy weather and quickly developed a leak. The boat capsized. One last time, Eddie went.

He paddled off on his surfboard into one of the most dangerous channels in the world, with twenty miles of roiling sea between him and the nearest land: the island of Lana’i. He seemed to know he was destined to die doing what he was born to do: to look out for others; to be one with the water.

“Eddie didn’t take off where everyone else took off,” observes his brother Clyde. . “He took off deeper.”

The rest of the crew was rescued the next day by the U.S. Coast Guard. Eddie’s body was never found.

His memorial plaque overlooks Waimea Bay. It reads: “Greater love hath no man than this, that a man lay down his life for his friends.”