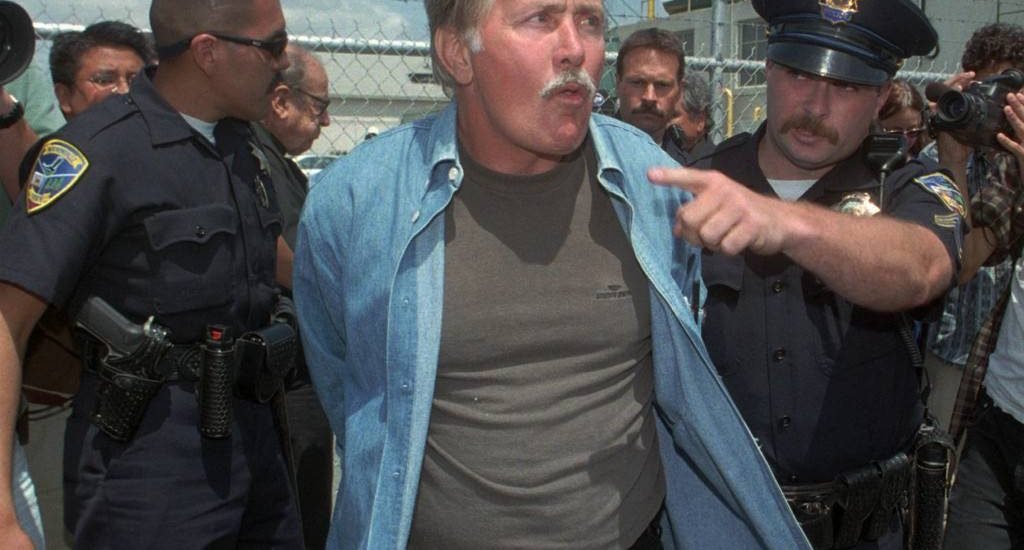 Sr. Rose Pacatte, a member of the Daughters of St. Paul, is the director of the Pauline Center for Media Studies in Los Angeles.

In her recently-released book, Martin Sheen: Pilgrim on the Way (Liturgical Press), she details well-known actor Sheen’s early life: one of ten kids, a mother who died at 48 while saying the rosary, a hard-working father who was loving but stinted on the compliments. Many of the children, including Martin, suffered from alcoholism.

We learn of Sheen’s combination heart attack-nervous breakdown on the set of Apocalypse Now (he was only 36 at the time), his recovery (“The only two things of value that the United States has exported to the world for free are jazz and AA.”), his return to the Church, and most of all, his decades of activism on a wide range of social justice issues.

Sheen has been arrested so many times for acts of civil disobedience—for peace, against nuclear weapons—that he stopped counting after 66.

As for Sr. Rose, in the early ‘90s she saw the movie Cry Freedom about Stephen Biko in South Africa. Then she watched “Eyes on the Prize,” the PBS series on civil rights. Those were life-changers for her.

“I realized we were printing prayers books and lives of the saints and the teachings of the Pope but we’re also called to comment on the culture that is created by this world of communication and the values it generates. We’re always trying to create a circle of protection for the Church. God doesn’t need that. Pope Francis is saying that. God needs us to go out, not to stay in.”

Sr. Rose believes that as followers of Christ we have a positive obligation to speak out on issues—the prison industry, military recruiting in poor neighborhoods, the mania for gun ownership—that are diametrically opposed to the teachings of Christ.

“There are different ways of speaking. Sometimes you speak out physically, by being on the line. That’s Martin Sheen’s way. My way of speaking out is to write film reviews and to post articles of interest on Facebook. You have no idea of the hate mail, especially about guns and war. But I think if we stay silent, that’s consent. Martin Sheen talks about that acquiescence. We become cynics, and silent ones at that.”

Several years ago, Sr. Rose joined Pax Christi and took a pledge of non-violence squarely in line with a consistent ethic of life.

“When I took that vow the first time, I realized when I get upset at my sisters in community, I have to withdraw from that. I have to consider my own anger. It has to start in my own heart. It’s not a question of making everyone else be non-violent when I’m guilty of violence myself.”

“People don’t think critically,” Sr. Rose continues. “We don’t ask questions. That’s the basis of media literacy education which is my specialty. Once you’re a person who inquires, then everything is a basis for inquiry. St. Thomas Aquinas never encountered a question he was afraid of. If we Catholics don’t speak truth to power, who will?”

“I didn’t know how to pray for myself. I still don’t. But a dear priest friend paid to send me to Lourdes. I can tell you it was the most unbelievably cleansing and beautiful and memorable thing I’ve ever done. I feel very close to Our Lady.”

If she were healthy, she’d be working in a bookstore. Instead the illness has helped her find her way to her vocation as a writer.

“You hear this spiel about family values,” Sr. Rose observes. “Christ’s family values were feed the poor, instruct the ignorant, bury the dead, perform the corporal works of mercy. But we ignore them.”

“I try to bring Catholic social teaching to bear very strongly on my film reviews. This lets me say things and break things open and make social commentary through the lens of the Gospel without making a political statement.”

Recently, Liturgical Press invited Sr. Rose to write a book on Martin Sheen as part of their “People of God” series.

Sheen was gracious and generous. He invited Sr. Rose to his house in Malibu, showed her the hook in the guest house where he keeps his rosary, and gave her free access to many of his family members and friends.

He’s a remarkable man who Sr. Rose has come to admire deeply. “He does a lot of good behind the scenes,” she says.
He lives by this quote from Mother Teresa that combines the best of contemplation and action: “Never worry about numbers. Help one person at a time and always start with the person nearest you.”