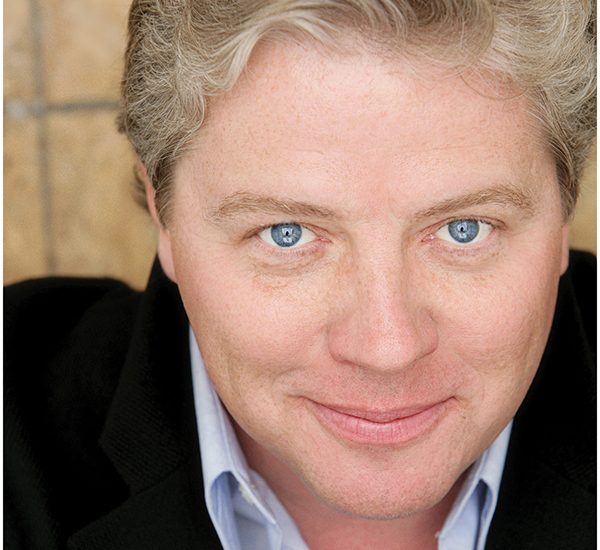 “Stage acting is life ‘on the wire’—the rest is just waiting.”
-Al Pacino.

Tom Wilson has made his way in Hollywood as an actor, stand-up comic, and voice-over artist for over thirty-five years.

A cradle Catholic, he was raised in Philadelphia and taught by the Sisters of Mercy. “As a thoughtful oddball kid I accepted Catholicism lock, stock and barrel. I didn’t rebel at all. But while everyone else was playing football I was walking the perimeter of the field looking at the trees and thinking deep thoughts.”

“Even back then, I knew to go to the Eucharist, the absolute axis of the cosmos, to make sense of the world.”

He was on the debating team in high school. He went on to Arizona State University, where an acting coach told him he was the best he’d seen in all his years of teaching. He never looked back.

“Performing is like a magic trick. For a second the audience is in this mysterious space, wondering: ‘Is what I’m seeing on the stage real?’ The plugs aren’t plugged into the sockets any of us thought they were. When acting is done artfully, by committed people, it’s an amazing, beautiful thing. There’s a sacrament, a holiness. God’s all over it.”

There’s also waiting—a lot of it. Before the performance, the actor is preparing an experience for the audience. It’s like a pregnancy. There’s pain coming, and there’s ecstasy.

“When you’re planning to open a play, say, next Thursday, you think, ‘So far it’s just words. But next week I need to make that real.’ Sometimes you put in a mouth guard and a crash helmet because you know it’s going to be costly.”

“Literally waiting to go on, I’m fairly quiet by nature. I’m trying to marshall my strength. Not a lot eat. Not a lot to talk about. Just trying to be at peace. Then an explosion for an hour. And then you come off stage.”

“It’s an interesting intersection: the performer who’s just come off stage and the audience member who wants to show very deep appreciation. Just after you’ve shot off a Howitzer, everyone wants to talk to you. You’re done. They’re just beginning.”

All you can do, Tom says, is touch the person’s arm and say, “Thank you.”

“It doesn’t diminish the experience, the love, the exchange. But the exchange is beyond words. Maybe part of heaven is feeling that we’re totally understood. That’s a feeling we wait for our whole lives.”

The real satisfaction of his career as a performer is that he went to the pros and found he could sustain. “I’m 55 now and I’ve made money by putting on shows since I was 19. It’s absolutely miraculous. I’ve been married thirty years, raised four children. How have I survived? I’ve cobbled.”

He’s a pop icon, having played Biff Tannen, Griff Tannen, and Buford “Mad Dog” Tannen, respectively, in the Back to the Future trilogy. He’s appeared in over forty other films, including The Heat with Sandra Bullock. Currently he’s playing a psychotic banana on an animated Nickelodeon show called “Pig Goat Banana Cricket.” He just did a week of standup at the Tropicana in Vegas.

“That kind of faith only happens in the rear-view mirror. You look back and think ‘How did I keep going?’ I’ve never been a calm, God-will-provide type. No, I’m sweating bullets. I’m in a dark room thinking, ‘How on earth is this going to work?’”

The artist, the jester, the fool are significant roles in a healthy culture, Tom maintains. He’s always known he has a gift; that performing is what he was made for by God.

“Honestly from the time that my Mom and Dad told me, the sisters told me, I have never not felt that God is a tangible reality. I believe it more now than at any other moment in my life. It’s the only thing that makes sense. Every aspect of the Gospels, every aspect of Advent.”

Within this culture that’s limited his options for work very significantly, in a way that’s often been damaging. That’s just the way it is, he shrugs.

“I’m often before the Blessed Sacrament asking, ‘Is there something else I’m supposed to do?’ I’d love to hear ‘Orthodontia’ or ‘Pilates Instructor.’ What I hear is, Keep going. I might be worried but my sense is he’s not worried. So I just keep going.”

His wife teaches music at Our Lady of Grace School in Encino.

“She loves it. Many times we have a Mass with the schoolchildren and they’re singing a song about our faith or Jesus. With Christmas coming, I’ve been thinking that maybe all those years of work—the sweating bullets, the travel, the waiting in the wings—maybe all of it has just been to support her. To help my wife teach children to sing a beautiful song about Jesus.

3 Replies to “ACTOR/COMIC TOM WILSON ON PERFORMING, WAITING AND ENDURING”