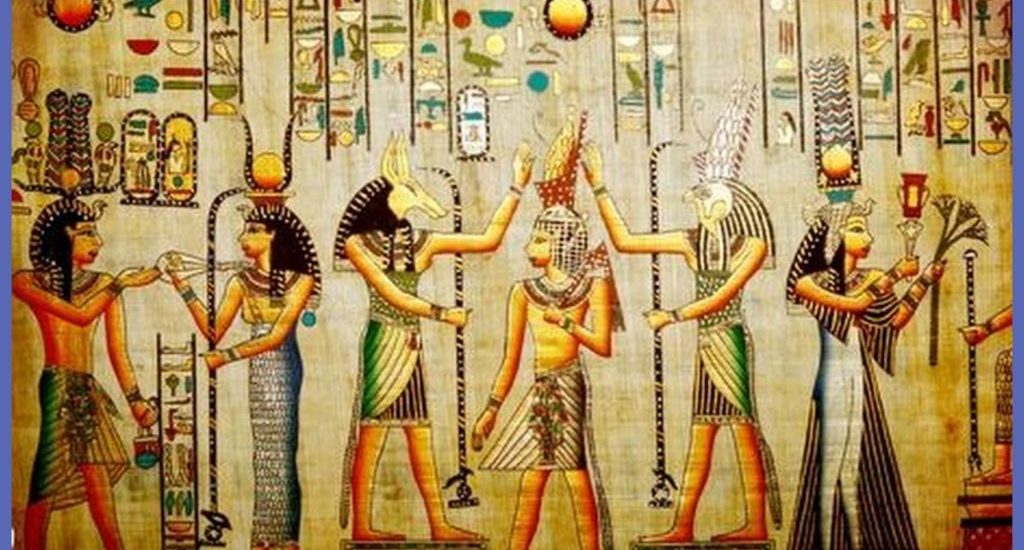 In addition to these every-day costumes, the great lords of the Old Empire possessed one intended only for festivals. As is usual in such cases, this festive costume does no resemble the fashionable dress of the time, but follows the more ancient style. It is in fact merely a more elegant from of the old, narrow, short skirt; the front is rounded off so that it falls in little folds, and the belt is fastened by a pretty metal clasp. In spite of numerous representations, it is difficult to see how this clasp was made; the narrow ornamented piece, which is nearly always raised above it, is perhaps the end of the girdle; it is certainly not the handle of a dagger, as has been generally supposed. Finally, the fore-part from the middle of the back was often further adorned by a pleated piece of gold material, thus forming a very smart costume. To complete this festive garb a panther skin was necessary, which was thrown over the shoulders by the great lords when they appeared in “full dress.” The right way of wearing this skin was with the small head and fore paws of the animal hanging down, and the hind paws tied together with long ribbons over the shoulder. It was the fashion, when sitting idle, to pay with these ribbons with the left hand.

No comments yet
EGYPT