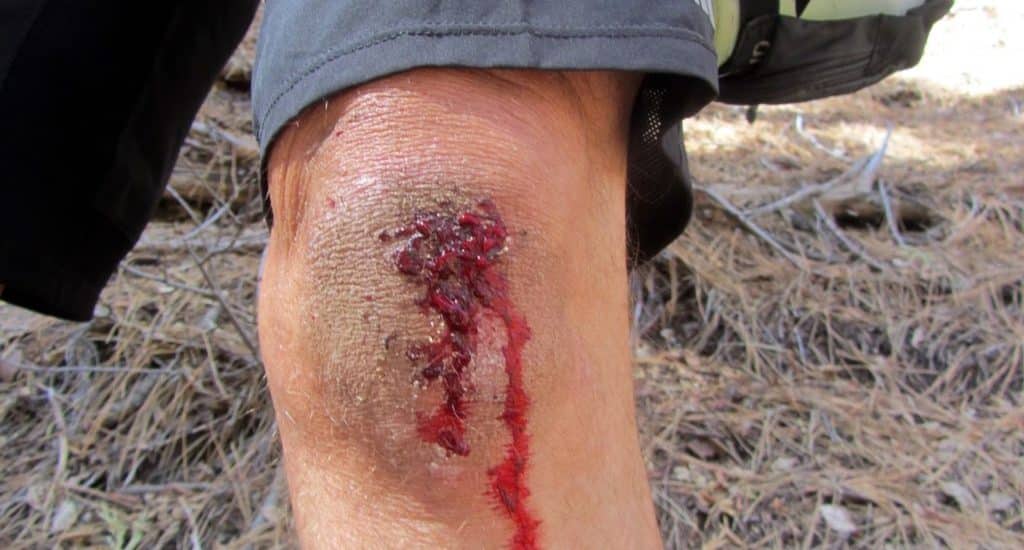 Geoff Cordner is a 54-year old ultra-marathoner who has completed 100-mile runs through some of the roughest terrain in California. He’s also a web designer, photographer, and writer who blogs at Ultraholic. His fine essays—“Wandering,” “Gimp Shoes,” “Rattlesnakes, Wild Parrots, and Meditation on Sound”—reflect upon the mystery of running, the difficulty of human  relationships, and his fierce reverence for the mountains that have formed and sustained him.

Geoff ran the 400-meter dash as a kid and into college. He was good, very good.

Then life took over: drinking, drugs. “Engaging in exercise was not exactly part of the punk scene,” he observes. He smoked, too.

At 37 he got clean and, a decade later, began seriously running again.  “I ran on roads. Then I injured my foot and started running on softer surfaces in Griffith Park. The very first time I took off on one of the trails, I crested a hill and reached a spot where there were no people. I couldn’t see the city. There were storm clouds, and a ripping wind, and the grass was moving and rubbing up against my legs. For a second I felt no connection with the city or the people. It was kind of frightening—but also incredibly freeing.”

He also liked the idea of pushing himself. So a month before his 50th birthday, he did the L.A. Marathon.

He didn’t like running on pavement or with packs of people. He started running long trails through the San Gabriels. The more challenging and lonely the terrain, the better he liked it. An ultra-marathon is anything longer than a marathon. “At first, fifty miles seemed kind of crazy and I couldn’t wrap my head around the idea of doing 100 miles at all. The first one I did was a 50K—32 miles—out in the Mojave Desert, near Calico Ghost Town. Rough, rocky BLM land.”

“It’s harsh, glorious country.  A lot of grizzled guys with long beards and pot bellies doing target practice. I discovered that as long as we don’t talk politics or religion, though, I have more in common with those guys than I do with almost any of my liberal peers in the city. We have a great love of the land and the open space and a kind of respect for it and each other when we’re out there.”

Twenty-five thousand people run the L.A. Marathon. About 125 run the Angeles Crest 100.  “We spread out pretty quickly so you may go hours and hours without seeing another soul. Then it gets into night. It gets dark. There are a lot of extraordinary climbs and a lot of the hardest stuff is near the end. There’s a really rocky downhill from Newcomb Pass, near Mt. Wilson, down into Chantry. It’s rocky, it’s technical, it’s hard to run at the best of times. And it’s night and you’re tired and you can’t see.

“A fast runner would do 100 miles in 19, maybe 20, hours. Someone like me, 29, 30 hours. One thing I struggled with at first was that I used to be really fast. I’m not fast any more. I’m 54 years old; I’m not going to win any races. But here’s what I get out of one of those long runs. When everything starts to hurt, I get over my instant gratification self in a hurry. I start to understand that sometimes stuff is just going to hurt and I just need to deal with it.

Pulling these things off, and not necessarily in any heroic way either, also makes me feel I’m a much stronger person than I ever realized.”

Most of the time Geoff isn’t in a race, though: he’s up there by himself on a weekend, training. “When I run in the snow, I’ll see fresh tracks: mountain lions, deer. On Mount Baden-Powell there are some gnarled limber pines that are 2,000 years old. I’m running through this ancient forest that dates basically to the time of Christ.”

“I feel I have a responsibility to that land. It’s brought me so much joy, and also just because it is. Without being deeply religious I can’t believe God would have gone to all the trouble to hook up Noah with the ark if he intended for us to grind everything up and put it in cans. “

“I don’t know if you can find anything Catholic in that,” he wound up. A reaching for transcendence, a striving for excellence, the largeness of heart that has led him to bring back all he has found to share with the rest of us: that’s about as Catholic as you can get.

“I’m struggling to pin it down. The more miles I put on my body the more acceptance I have of just about everything. Not really being a religious fellow, I have an openness to it that I didn’t before. With every mile I put in on those mountain trails, the need to defend myself against these things is kind of slipping away.”

One Reply to “GEOFF CORDNER: ULTRA-MARATHONER”