From an interview in The Paris Review with Nobel Prize winning novelist Kenzaburo Oe:

How did your family respond when you won the Nobel Prize?

My family’s assessment of me didn’t change. I was sitting here reading. Hikari [Oe’s composer son, who has autism] was listening to music over there. My [other] son, who was a biochemistry student at the University of Tokyo, and my daughter, who was a student at Sophia University, were in the dining area. They didn’t expect me to win. There was a phone call at around nine P.M. Hikari answered it—that’s one of his hobbies, answering the phone. He can say, Hello, how are you? perfectly in French, German, Russian, Chinese, and Korean. So he answered the phone and said in English, No, and then again, No. Then Hikari handed me the phone. It was a member of the Nobel committee of the Swedish Academy. He asked me, Are you Kenzaburo? I asked him if Hikari had refused the Nobel Prize on my behalf and then I said, I’m sorry—I accept. I put the phone down, came back to this chair, sat down, and announced to my family, I’ve won it. My wife said, Is that right?

That’s all she said?

Yes, and my two children said nothing. They just went to their rooms quietly. Hikari continued to listen to music. I’ve never talked to him about the Nobel Prize. 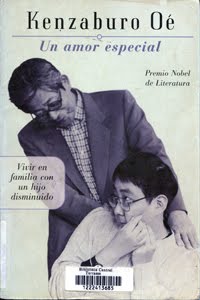 2 Replies to “THE LIFE OF A WRITER”