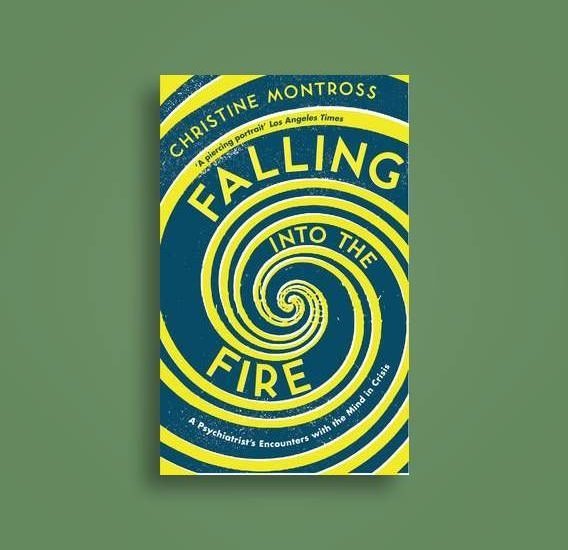 From Falling Into the Fire: A Psychiatrist’s Encounters with the Mind in Crisis, by Christine Montross

“The third category of tourists afflicted by Jerusalem syndrome…is the most mind-boggling. This category is described as the “pure” form of the syndrome, because its sufferers have no history of mental illness. These tourists experience an acute psychotic event while in Jerusalem; they recover “fairly spontaneously, and then after leaving the country, apparently enjoy normality.” * As a result, they are considered to be mentally well, but for these isolated episodes. However, what episodes they are!

Tourists with the third subtype of Jerusalem syndrome succumb to a sequence of identifiable stages that are consistent, characteristic, and highly specific.

First, such sufferers exhibit “anxiety, agitation, nervousness and tension.” They then announce that they wish to split off from their tour group or family and explore Jerusalem on their own. They authors write, “Tourist guides aware of the Jerusalem syndrome and of the significance of such declarations may at this point [preemptively] refer the tourist…for psychiatric evaluation.” They add ominously, “If unattended, [the following] stages are usually unavoidable.”

People afflicted by Jerusalem syndrome will then demonstrate a “need to be clean and pure,” becoming obsessed with bathing or compulsively cutting their finger- and toenails. Next is my favorite step in the sequence: the “preparation, often with the aid of hotel bed-linen, of a long, ankle-length, toga-like gown, which is always white.”

Once appropriately clad, the person in question will proceed to “scream, shout, or sing out loud psalms, verses from the Bible, religious hymns or spirituals.” He or she will then proceed to a holy place within the city and deliver a sermon, which the authors describe as “usually very confused and based on an unrealistic plea to humankind to adopt a more wholesome, moral, simple way of life.”

The affected person typically returns to normal within five to seven days, feels ashamed about his behavior, and recovers completely.”

[Ref. A piece in the British Journal of Psychiatry by Yair Bar-El and colleagues entitled “Jerusalem Syndrome”].