THE MUSEUM OF INNOCENCE, ISTANBUL

The Innocence of Objects is by Turkish author/Nobel Prize recipient Orhan Pamuk.

From the jacket flap:

“Orham Pamuk’s Museum of Innocence in Istanbul, a strikingly original cultural project that took its creator decades to complete, seeks to capture the city of Pamuk’s youth through everyday objects: the ephemera, bric-a-brac, and clutter that adheres to every life. These particular objects are intimately tied to The Museum of Innocence, Pamuk’s novel of lost love, which lends its narrative structure to their arrangement in the museum. Beautifully designed vitrines, or boxes, containing carefully arranged collections of objects, carry the visitor along the arc of the story, on a journey through time and space as well as into the mind of the collector himself, ambiguously identified with both Pamuk and his novel’s lovelorn narrator.” 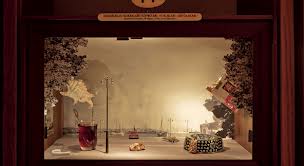 “I kept seeking out more small museums in my travels. What I found most enthralling was the way in which objects removed from the kitchens, bedrooms, and dinner tables where they had once been utilized would come together to form a new texture, an unintentionally striking web of relationships. I realized that when arranged with love and care, objects in the museum–an odd photograph, a bottle opener, a picture of a boat, a coffee cup, a postcard–could attain much greater significance than they had before. I had to put these strange photographs and used objects on my desk and reimagine them as pieces belonging to the lives of real people.

The more I looked at the objects on my desk next to my notebook–rusty keys, candy boxes, pliers, and lighters–the more I felt as if they were communicating with one another. Their ending up in this place after being uprooted from the places they used to belong to and separated from the people whose lives they were once part of–their loneliness, in a word–aroused in me the shamanic belief that objects too have spirits.” 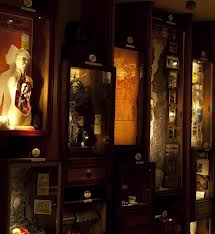 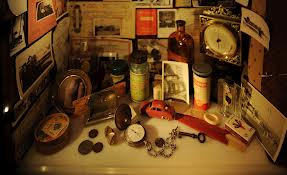 4 Replies to “THE INNOCENCE OF OBJECTS”