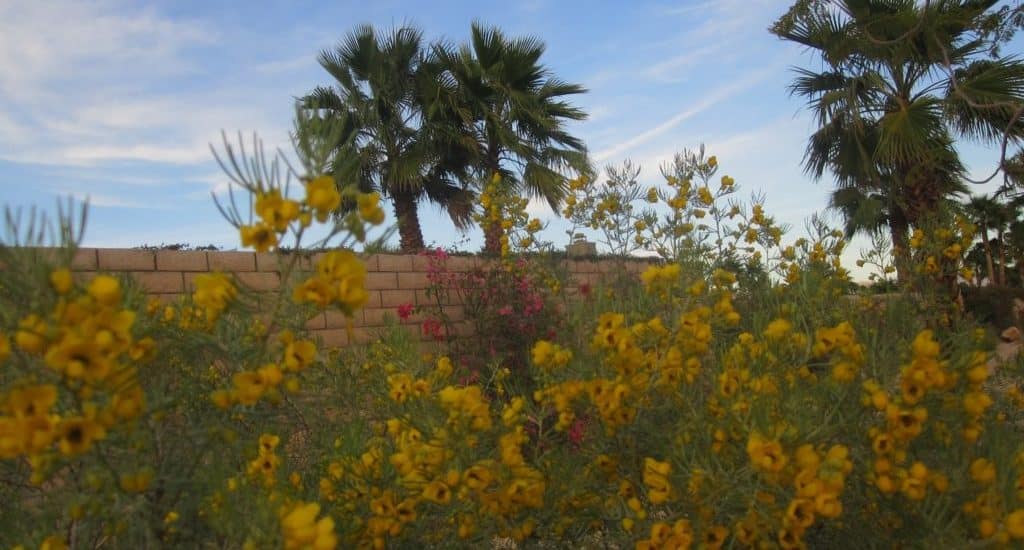 I spent last week, including Ash Wednesday in Palm Springs.

A resort for rich retired folks who live in air-conditioned isolation, a downtown featuring a giant statue of Marilyn Monroe, blocks of dead-quiet houses, casinos: Palm Springs is not,  at first glance my kind of town.

But this time I realized I was starting to feel a real affection for the place, and I finally figured out why: if you look closely, Palm Springs is littered with the near-dead and dying.

Everyone’s staggering around with a walkalator, a wheelchair, a set of crutches, or a cane. Every Mass is punctuated by the steady pffft, pfft, of  breathing machines. Ahead of you line at the P.O. is a Gloria Swanson look-alike in a mangy cheetah car coat, her cadaverous wrists weighed down by gold bracelets. A guy in a toupee pulls his cream-colored Bentley up to Staples and totters in to buy printer toner.

Unlike in most places, people are nice to old folks here because they have dough and old people need a lot of things done: their pools cleaned, their nails painted, their faces lifted, their mid-century furniture appraised, their poor aching bodies massaged; to be carted off to the ER, the rest home, and eventually, the crematorium. Octogenarian spouses hold one another up as they laboriously cross Palm Canyon. Nonagenarians, odometers strapped to their arms, shuffle on tanned varicose-veined legs toward the spa. So it’s very poignant, this valiant effort to stave off death, the decreptitude beneath the glittering palm trees, the corrupted bodies making their way around the manicured golf courses…

I like the contrast—death and resurrection. Death to which the sun at first seems a balm. Then, in the harsh high-noon light, I catch my face in the mirror and the sun creully, unrelentingly exposes.

You can mask it all you want.