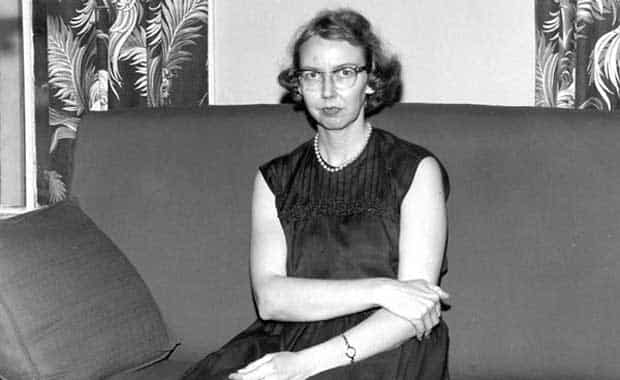 Calvin Lashway of Las Cruces, NM, weighed in recently with this interview with Jonathan Rogers, author of a new book: The Terrible Speed of Mercy: A Spiritual Biography of Flannery O’Connor.”

Here’s how the interview begins:

Jonathan Rogers: I grew up in Middle Georgia, fifty miles from Flannery O’Connor’s Milledgeville. Long before I read any of her stories, I had heard of the peculiar writer who had lived up the road. I heard a few anecdotes from people who had actually met her, and she seemed so charming and likable and – well, normal – that it was hard to imagine that she was the same person who wrote those dark, sometimes gruesome stories.

I have been aware of that incongruity for almost as long as I have been aware of Flannery O’Connor, long before I knew anything about her faith commitments, which make her even more perplexing for many readers. Those incongruities are at the center of my biography: how could this woman have written these stories?”…

Some quotes from Flannery O’Connor who as you may or may not know, suffered for years from, and died of lupus at the age of 39:

“Sickness is a place.”

“The writer should never be ashamed of staring. There is nothing that does not require his attention.”

As Rogers observes:  “Mostly she let herself be misinterpreted.”

6 Replies to “SICKNESS IS A PLACE”