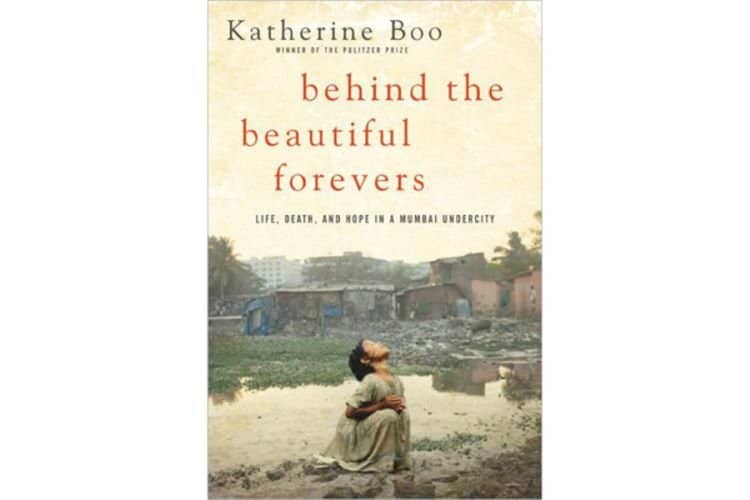 My vote for best book of 2012: Behind the Beautiful Forevers: Life, Death, and Hope in a Mumbai Undercity.

“Immersion journalist” Katherine Boo, a staff writer for The New Yorker and a Pulitzer Prize winner, has suffered from rheumatoid arthritis since childhood. Her health is frail. Still, she felt moved to spend three years quietly walking among, standing beside, and observing the people of  Annawadi, a Mumbai slum hard by an international airport and a sewage lake.

From a review by Amrit Dhillon in The National:

“The most astonishing feature of this Promethean work of reporting by the American journalist Katherine Boo is the sound of poor Indian voices that comes through every page. Their thoughts about their mothers and fathers, homes, neighbours, work, children and dreams are not often heard in a country where the poor are seen everywhere but are usually silent…

In the first few weeks, Boo is treated as a circus freak by the slum-dwellers who, assuming she has lost her way to a nearby hotel, shout “Hyatt!” or “Intercontinental!” When she is still around, months later, recording conversations, conduct and incidents, she finally becomes a part not of the furniture (there is no furniture in these hovels) but of the landscape: the piles of rubbish, the excrement-caked pigs and goats, the alcoholics and the sewage lake”… 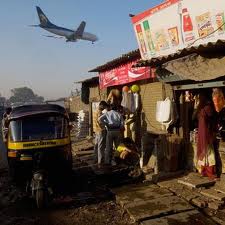 From a review by Susanna Rustin in The Guardian:

Was she never scared of the rats, whose bites marked the children’s bodies and sometimes exploded in worms? “I’m not squeamish. Tuberculosis was a concern: there were many people I spent time with whose stories were that they got sicker and sicker and then they died. But if you’re really curious, you don’t dwell on it that much.”

From Behind the Beautiful Forevers:

“Midnight was closing in, the one-legged woman was grievously burnded, and the Mumbai police were comgin for Abdul and his father. In a slum hut by the international airport, Abdul’s parents came to a decision with the uncharacteristic economy of words. The father, a sick man, would wait inside the trash-strewn, tin-foored shack where the family of eleven resided. He’d go quietly when arrested. Abdul, the household earner, was the one who had to flee.” 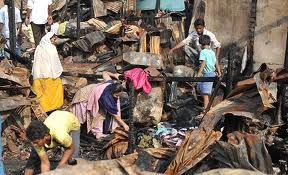 “Every morning, thousands of waste-pickers fanned out across the airport area in search of vendible excess—a few pounds of the eight thousand tons of garbage that Mumbai was extruding daily. These scavengers darted after crumpled cigarette packs tossed from cars with tinted windows. They dredged sewers and raided dumpsters for empty bottles of water and beer. Each evening, they returned down the slum road with gunny sacks of garbage on their backs, like a procession of broken-toothed, profit-minded Santas.”

“Water and ice were made from the same thing. He thought most people were made of the same thing, too. He himself was probably little different, constitutionally, from the cynical, corrupt people around him–the police officers and the special executive officer and the morgue doctor who fixed Kalu’s death. If he has to sort all humanity by tis material essence, he thought he would probably end up with a signle gigantic pile. But here was the interesting thing. Ice was distinct from–and in his view, better than–what he was made of.

“Among the poor, there was no doubt that instability fostered ingenuity, but over the time the lack of a link between effort and result could become debilitating. ‘We try so many things,” as one Annawadi girl put it, “but the world doesn’t move in our favor.’ “

From the “Author’s Note”:

“When I settle into a place, listening and watching, I don’t try to fool myself that the stories of the individuals are themselves arguments. I just believe that bettter arguments, maybe even better policies, get formulated when we know more about ordinary lives.” 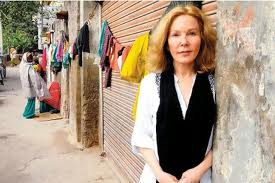 4 Replies to “BEHIND THE BEAUTIFUL FOREVERS”