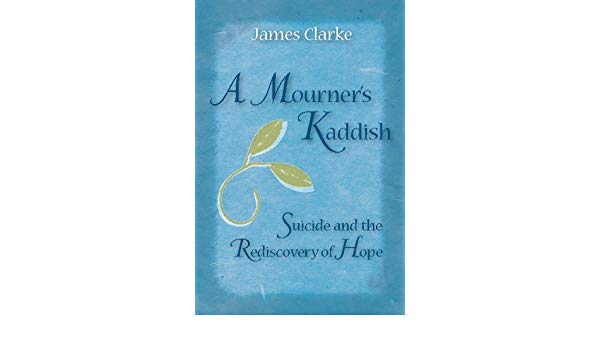 From the jacket flap: “Several months after my wife’s suicide [at Niagara Falls], I began this journal [which takes the form of letters to her] as a way to cope with overwhelming grief.”

“As I approach my 60th year I’m more and more conscious of Time’s winged chariot–the last gallop before death that Jung calls the age of meaning. ike those jerky frames in the early silent films, the days flip speedily past, an as my future contracts every moment becomes more precious. Or to employ a different metaphor (perhaps more apt in your case) I feel I’m being swept along on a frothing river knowing the Falls is not too distant. In his memoir of childhood, The Sacred Journey, Frederick Buechner, whose father shot himself when Buechner was ten, poses the question that has obsessed these kaddishes: What is God saying when a good person takes their life? A moment comes into being and it goes on forever, he writes, not just in memory but as though it had a life of its own in a new kind of time, what Dylan Thomas described as “below a time”–a “having-beenness” beyond any power in heaven or on earth, in life or death, to touch–and the people we knew and loved continue to grow and change with us till we finish our days, that you will continue to touch my life and the lives of our children with power and richness.”

–from A Mourner’s Kaddish: Suicide and the Recovery of Hope, by James Clarke

Clarke is a judge of the Superior Court in Ontario, Canada and lives in Guelph. He is also the author of seven collections of poetry, including How to Bribe a Judge: Poems from the Bench.

8 Replies to “A MOURNER’S KADDISH”