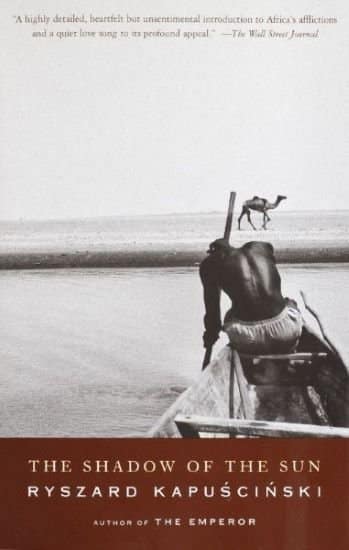 ‘It is hard to justify wars; I think everyone loses them, because it is a defeat for the human being. It exposes his inability to come to terms, to empathise with the Other, to be kind and reasonable, because in this case the encounter with the Other always ends tragically, in a drama of blood and death.

The idea that prompted man to build great walls and vast moats, to surround himself with them and isolate himself from others, has in modern times been given the name of the doctrine of apartheid. This concept has been wrongly limited to the politics of the now defunct regime of whites in South Africa, for in fact apartheid was already practised in ancient times. In simple terms it is a view whose adherents proclaim that anyone may live as he wishes, as long as he is at a distance from me, if he does not belong to my race, religion and culture. But if only that were all it was about, because in fact here we are dealing with a doctrine of structural permanent inequality dividing humankind.

The myths of many tribes and people include a belief that only we are human, the members of our clan, our society, and that Others — all Others — are subhuman, or not human at all.

How different the image of the same Other is in the era of anthropomorphic beliefs, in other words those where the gods can take on human form and behave like people. For in those days no one could be sure if an approaching traveller, nomad or stranger were a man or a god resembling a man. This uncertainty, this intriguing ambivalence is one of the sources of the culture of hospitality, which recommends showing every form of kindness to newcomers.’

—Ryszard Kapuściński, from The Other (2006; translated from the Polish by Antonia Lloyd-Jones)

Charlotte stood quietly over the fly, preparing to eat it. Wilbur lay down and closed his eyes. He was tired from his wakeful night and from the excitement of meeting someone for the first time. A breeze brought him the smell of clover—the sweet-smelling world beyond his fence. “Well,” he thought, “I’ve got a new friend, all right. But what a gamble friendship is! Charlotte is fierce, brutal, scheming, bloodthirsty—everything I don’t like. How can I learn to like her, even though she is pretty and of course clever?”

Wilbur was merely suffering the doubts and fears that often go with finding a new friend. In good time he was to discover that he was mistaken about Charlotte. Underneath her rather bold and cruel exterior, she had a kind heart, and she was to prove loyal and true to the very end.’