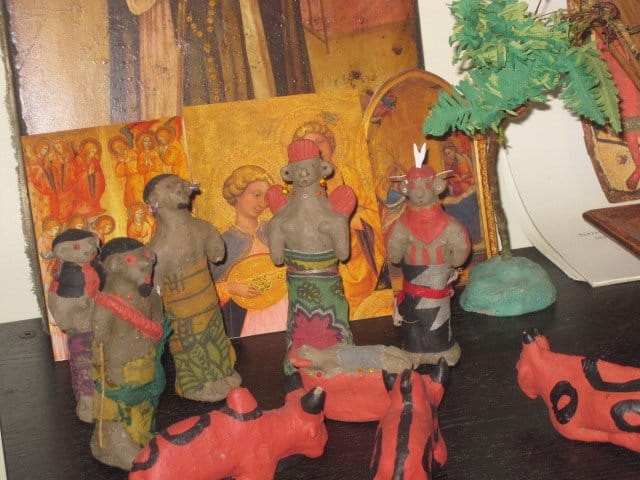 The must of the old newspapers in which the ornaments are wrapped, the lights a tangle of wire and plastic, everything hurriedly wrapped and put away the previous January, the boxes lying for eleven months dark and cold in the back of the closet,;the pang of joy when I plug in the lights and my palm jumps with tiny flames: electric blue, ruby red, burning white.

The crèche from Arica: three hippos painted pink and black; brown clay figures wrapped in batik loincloths: the three wise men; Joseph with a ring through his nose; Mary’s breasts bared; the baby Jesus in a basket. In the background a palm tree, a single triumphant green frond, a scrap of cotton cloth stiff with paint, attached with wire to a cardboard trunk. 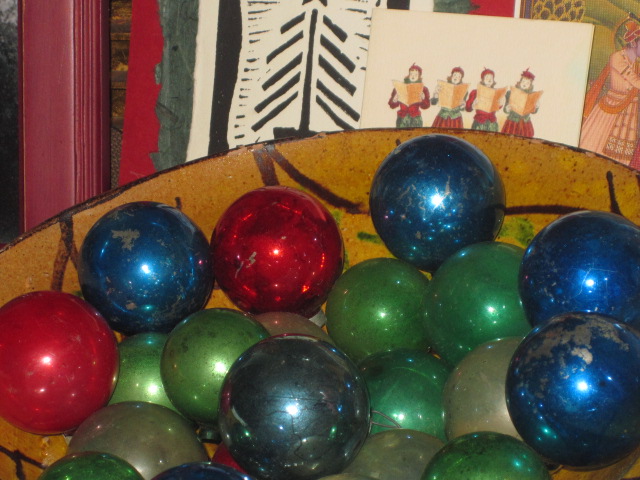 The cloth and gilt dolls from India, the gold bow I found on the sidewalk in Salem, Massachusetts circa 1989, the straw angel we bought in the Dominican Republic, the terra cotta cherub from the late, lamented Claudia Laub’s Studio on Beverly Boulevard, the raffia star made by Sister Benedicta (R.I.P.), the stencilled Christmas tree on handmade red and green paper the L.A. Catholic Worker sent out one year as an invitation to their tree-trimming party.

The teardrop bulb—sea blue and hot pink stripes—I bought at Yoken’s gift shop in Portsmouth, New Hampshire the summer I stayed with Cousin Dickie at the beach house, the Guatemalan dough ornaments I bought on Water Street in Exeter one afternoon on my lunch break, the 3-D stars our Koreatown neighbor Michael made out of brown and gold gift wrap the year he died of AIDS, the Victorian decoupage balls I found in Little Tokyo, the two glossy green bunches of fake cherries I brought back from Cholula, Mexico, the lights I got at an after-Chrismas sale at the Thrifty’s on Wilshire before it merged with Rite-Aid and moved to Vermont sometime after the divorce.

A history of the places where I have lived, the countries from which I have been granted a safe return, the stream of family and friends who have buoyed me up, borne me along, given me the strength to endure. 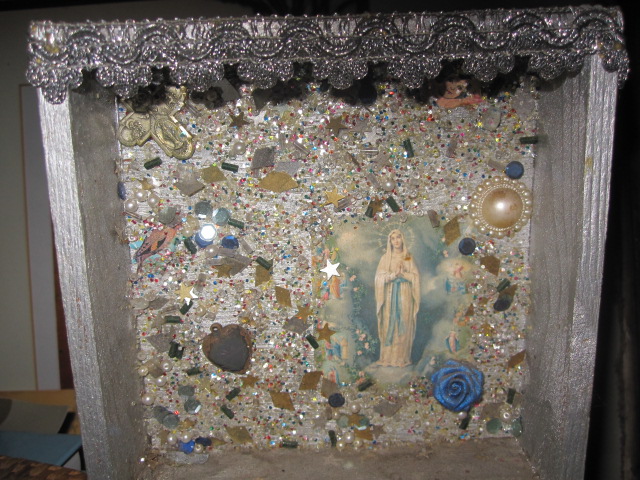 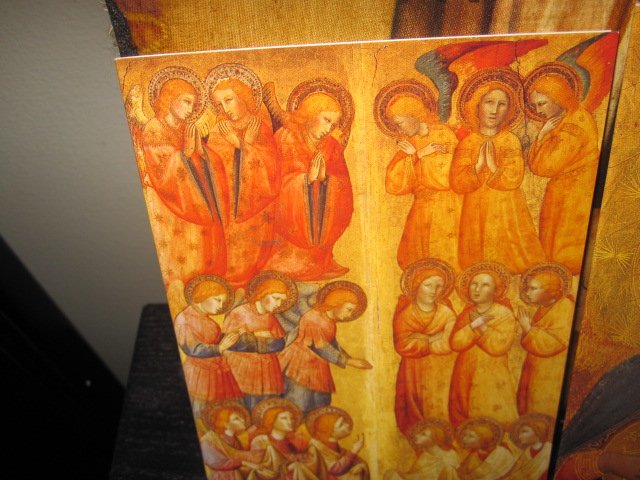 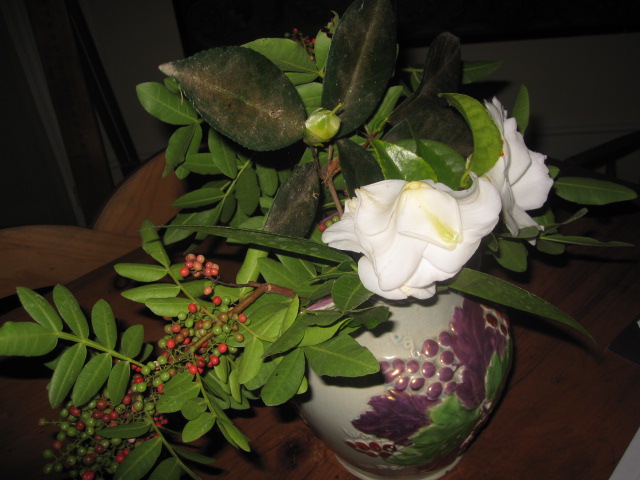 The Advent calendar I bought at the 99-Cent Store several seasons back. December 1st: “The people who walked in darkness have seen a great light…”

“We can do no great things,” said Mother Teresa. “Only small things with great love.”