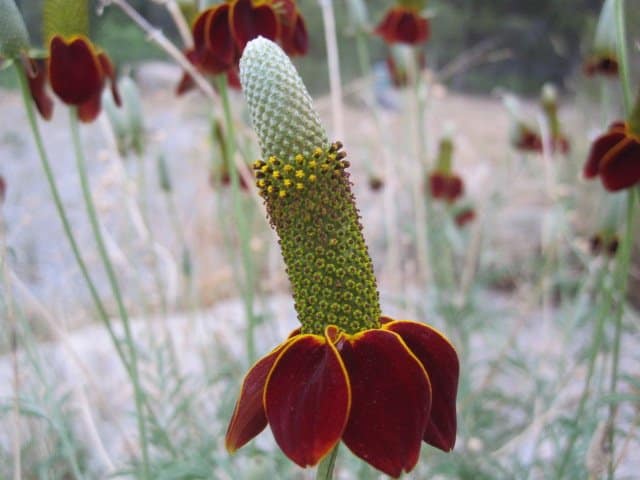 I’m way up on a mountain outside Taos, New Mexico. I didn’t see a soul all day yesterday. I discovered the flower above, known I believe as a Mexican hat.

I wrote, read, prayed, puttered, dealt with a very alarming ant infestation, and around quarter past six lit out for my daily walk.

As I meandered along, I came upon a faded green sign saying “Post Office,” by the side of a very unpromising looking, semi-abandoned narrow dirt road. I almost passed by but I thought, No I’m going to investigate, though the entire area seemed completely deserted, silence reigned, and someone like me in these parts sticks out like a sore-thumb stranger.

I walked a hundred yards in and suddenly I came upon a lovely old capilla, one of the many tiny chapels, often used only in summertime, in this part of New Mexico.  The door was open. The interior was dim. Candles flickered. And there, on a Monday evening, in this place that looked to be deserted, six or seven people, men and women, were praying the Rosary.

I’d happened in just at the beginning of the third Glorious Mystery, The Descent of the Holy Ghost upon the Apostles. I knelt near the back and joined them.

I can’t describe the sense of homecoming, of rightness, of grace.

Afterwards they said, Come anytime. They said, You are most welcome.  I said, Do you gather here every night? No, Mondays only, six o’clock.

Mondays, six o’clock. At that hour of all the hours, on Monday of all the days, I’d been led down a dirt road that looked as if there were nothing on it at all and on which instead had been everything. 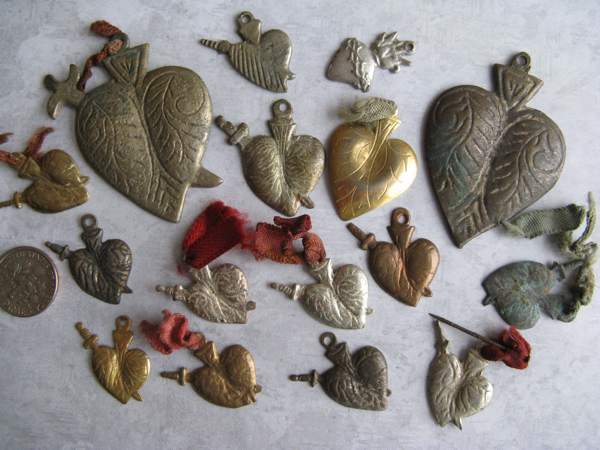 14 Replies to “EYES TO SEE AND EARS TO HEAR”