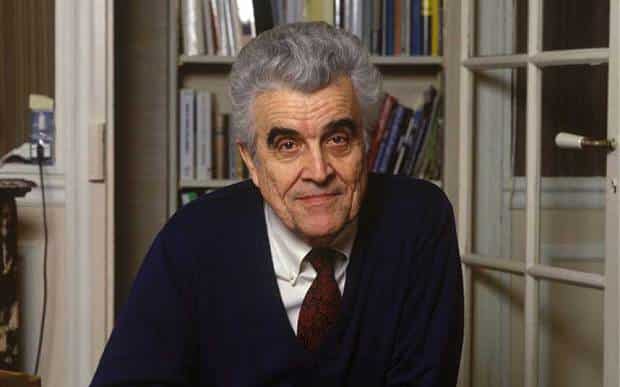 The root of all disturbance, if one will go to its source, is that no one will blame himself.

French anthropological philosopher;René Girard has made a particular study of the phenonemenon of scapegoating.

His theories (courtesy of wikipedia), are basically:

1. mimetic desire: imitation is an aspect of behaviour that not only affects learning but also desire, and imitated desire is a cause of conflict,

2. the scapegoat mechanism is the origin of sacrifice and the foundation of human culture, and religion was necessary in human evolution to control the violence that can come from mimetic rivalry,

3. the Bible reveals the two previous ideas and denounces the scapegoat mechanism.

Excerpts from Girard’s  The Scapegoat:“[H]uman culture is predisposed to the permanent concealment of its origins in collective violence.”

“Persecutors always believe in the excellence of their cause, but in reality they hate without a cause…The Old Testament provides an inexhaustible source of legitimate references to this extraordinary work of the Gospels, which is an account of persecution that has been abrogated, broken, and revoked.”

“Without using our terminology, yet omitting none of the knowledge necessary to protect us from its insidious effects, the Gospels reveal the scapegoat mechanism everywhere, even within us. If I am right in this, then we should be able to trace in the Gospels everything that we have identified about the mechanism in the preceding pages, especially in its unconscious nature. The persecutors would not allow themselves to be restricted to their accounts of persecution were it not for this unconsciousness which is identical with their sincere belief in the culpability of their victim…

The sentence that defines the unconscious persecutor lies at the very heart of the Passion story in the Gospel of Luke: “Father, forgive them; they do not know what they are doing (Luke 23:34). Christians insist here on the goodness of Jesus…[but i]f we are to restore to this sentence its true savor we must recognize its almost technical role in the revelation of the scapegoat mechanism. It says something precise about the men gathered together by their scapegoat. They do not know what they are doing. That is why they must be pardoned…

The considerable interest of this sentence lies in the fact that it once more draws our attention to the two categories of forces, the crowd and the leaders, both of whom are equally unconscious. It is an implicit rejection of the falsely Christian idea that made the Passion a unique event because of its evil dimension  since its uniqueness lies in its dimension of revelation. If we accept the first idea we are making a fetish of violence and reverting to a variation of mythological paganism.

“Jesus intervenes when the time has come or, in other words, when violence can no longer cast out violence and internal division has reaches its crisis….Thus we come to understand what is involved in the Kingdom of God and why it does not represent for men an unmitigated blessing. It has nothing to do with a flock of sheep grazing in an eternally green pasture. It brings men face to face with their hardest task in history.”

“There is only one transcendence in the Gospels, the transcendence of divine love that triumphs over all manifestations of violence and the sacred by revealing their nothingness,” Girard observes.

“To adore Satan is to aspire to world domination. It involves reciprocal relationships of idolatry and hate which an only end in false gods of violence and the sacred as long as men maintain the illusion. When that illusion is no longer possible, total disaster will follow:

Now, taking him to a very high mountain, the devil showed him all the kingdoms of the world and their splendour. “I will give you all these,” he said, “if you fall at my feet and worship me.” Then Jesus replied, “Be off, Satan! For scripture says:

The problem, in other words, is not “out there.”
The problem, as Dorotheus of Gaza knew centuries ago, is in us…

One Reply to “RENÉ GIRARD AND THE SCAPEGOAT”