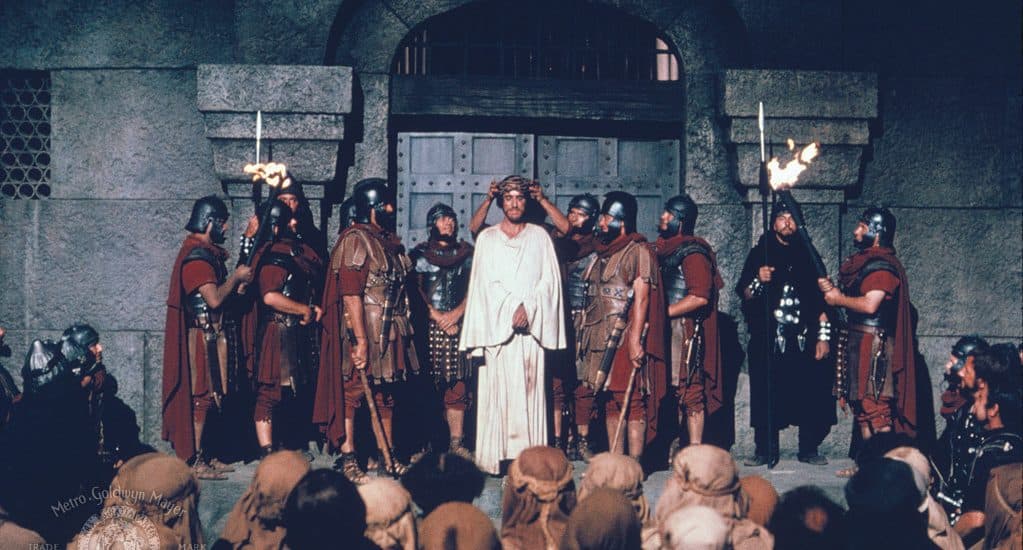 I once attended a literary salon at which a woman, resolutely atheistic herself, pointed out that atheists have no story. This was a very important point, I realized later: no story versus “The Greatest Story Ever Told.” The Passion Play versus an empty, darkened theater. The Word versus no word.

This is in no way to slam atheists. But it is to marvel at the fact that a story can transport me in a way that no preachy sermon, or scholarly treatise, or op-ed article ever has. Emma Bovary’s wax-covered satin slippers, Hazel Motes’ rat-colored automobile, Raymond Chandler’s “He was about as inconspicuous as a tarantula on a slice of angel food” instantly commit themselves to memory, while abstractions can’t find purchase no matter how hard they try. A friend once told me of watching a documentary about a primitive Indian tribe who had no separate word for yellow and orange and thus could not distinguish, saw no difference, between the two. What we don’t have words for, in other words, we literally can’t see…

In a way, there is only one story–and an infinite number of ways to tell it: the story of death and resurrection.

The story can’t be “I’m a victim” and it also can’t be “I’m a hero,” though in some sense you’re telling of the hero’s journey. But what makes for an authentic personal story is that the hero is not you; the heroes are the people who put up with or helped you or accompanied you along the way. The star of the story is not you; the star is something greater than you. The astonishment of the story is never that the world finally recognized your genius and showered you with the love and attention you so richly deserve. Nor is the story that the world finally admitted its terrible betrayal of your innocence and apologized. The story is that a God exists who is so kind, so loving, so merciful, that he sees fit to forgive all your trangressions, wrong turns, and mistakes; a God who ministers, with infinite tenderness, to all the hurt that’s been done to you and all the hurt you’ve done to others, and welcomes you back to the banquet table.

To be a sober alcoholic is to have a very particular experience of the Crucifixion and Resurrection. Just as the Gospels mostly lead up to the Passion, then give us a very short, very patchy glimpse of the Resurrection, an alcoholic’s story–what it was like, what happened, what it’s like now–is generally about three-quarters “drunkalogue” and one-quarter sobriety. That’s not because sobriety is less “important,” but because the Resurrection is inherent in the way the story is told which is with humility, gratitude and often humor that would do the nearest Comedy Club proud.

When you’re “in” the Resurrection, you still bear the wounds. You haven’t shut the door on the wounds, but the way you talk about the wounds changes. The wounds, and the incurring of them, become right-sized. A sober drunk doesn’t glamorize the wounds, but neither, in spite of the humor, is he or she glib about them. The agony of drinking is never minimized, but the point of the story is that out of pain has come a “resurrected” life ordered to service, to joy.

And just as in the Gospels, in “real life” the Resurrection is patchy, ephemeral, incapable of being held onto. Just as on the road to Emmaus the disciples recognized Christ in the breaking of bread and he immediately vanished from their sight, an authentic story describes our moments of joy, our epiphanies on earth, as fleeting. An authentic story imparts the sense that–just as Christ is described post-Resurrection in the Gospels–sometimes we “see” him, sometimes we don’t; sometimes we recognize him in the flesh, and sometimes we experience him more as spirit. Maybe one reason Christ instituted a Church, I’m thinking, was that so that the whole broken lot of us could gather around the table, throw our death-and-resurrection stories into the pot, and together create something unexpected, strange, and new.

Sometimes the writing itself helps us find our way back to the human table, like Hansel and Gretel’s trail of breadcrumbs. I’ve often been struck by the similarity of the page to bread, to the consecrated Host. That the Gospel of John starts: “In the beginning was the Word, and the Word was with God, and the Word was God” can’t be an accident.

Our capacity for language distinguishes us from the animals. The flame of civilization has been passed down through the ages by the sharing of stories. And to continue the metaphor, as writers we almost become the page. We allow ourselves to be consumed: our energy, our blood and bones, our lives.

That’s true even when we simply tell a good story–by which I mean one that’s cost us something–instead of writing it down. In fact, I often reflect that I may owe my whole sobriety to one woman. I can’t remember her name but she was at the same Minnesota rehab I was back in the late ‘80s. She was from Iowa and she had freckles, braids, a gingham shirt. To look at her, you’d think she’d never taken a beverage stronger than milk. It turned out she was a housewife and mother who’d taken to walking her two small kids to the bus stop every morning, then going home and drinking herself into oblivion.

The kids would come home; she’d be passed out. The husband would return from work: she’d serve dinner in a blackout. She lived to drink and drank to live. But what really impressed me was that she’d taken to dyeing her vodka blue and hiding it in a Windex bottle.


I’d never been a wife or a mother, but I was at once flooded with fellow feeling. She was human, she was desperate, her response to suffering had been creative.

If I could hear more people like that, I thought, maybe there was hope. If there were more stories like that out there, stories that were vivid and honest and true, maybe I could find the strength to move forward. If that woman who had suffered like me, who had known shame, guilt, terror, and anguish like me, could start to lead a different life, maybe I could, too.

That was almost 24 years ago. I haven’t had a drink since.

5 Replies to “THE GREATEST STORY EVER TOLD”