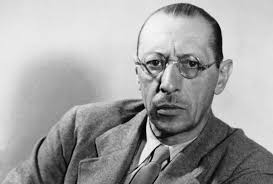 This anecdote by and about Charles Chaplin seems apropos for Lent.

While dining at my house, Igor Stravinsky suggested we should do a film together. I invented a story. It should be surrealistic, I said–a decadent night club with tables around the dance floor, at each table, greed, at another, hypocrisy, at another, ruthlessness. The floor show is the passion play, and while the crucifixion of the Saviour is going on, groups at each table watch it indifferently, some ordering meals, others talking business, others showing little interest. The mob, the High Priests and the Pharisees are shaking their fists up at the Cross, shouting: “If Thou be the Son of God come down and save Thyself.” At a nearby table a group of businessmen are talking excitedly about a big deal. One draws nervously on his cigarette, looking up at the Saviour and blowing his smoke absent-mindedly in His direction.

At another table a businessman and his wife sit studying the menu. She looks up, then nervously moves her chair back from the floor. “I can’t understand why people come here,” she says uncomfortably. “It’s depressing.”

“It’s good entertainment,” says the businessman. “The place was bankrupt until they put on this show. Now they are out of the red.”

“I think its sacrilegious,” says his wife.

“It does a lot of good,” says the man. “People who have never been inside a church come here and get the story of Christianity.”

And the show progresses, a drunk, being under the influence of alcohol, is on a different plane; he is seated alone and begins to weep and shout loudly: “Look, they’re crucifying Him! And nobody cares!” He staggers to his feet and stretches his arms appealingly toward the Cross. The wife of a minister sitting nearby complains to the headwaiter, and the drunk is escorted out of the place still weeping and remonstrating, “Look, nobody cares! A fine lot of Christians you are!”

“You see,” I told Stravinsky, “they throw him out because he is upsetting the show.” I explained that putting a passion play on the dance floor of a night club was to show how cynical and conventional the world has become in professing Christianity.

I was rather astonished and a little embarrassed. “Is it?” I said. “I never intended it to be. I thought it was a criticism of the world’s attitude toward Christianity–perhaps, having made up the story as I went along, I haven’t made that very clear.” And so the subject was dropped. But several weeks later, Stravinsky wrote, wanting to know if I still considered the idea of our doing a film together. However, my enthusiasm had cooled off and I became interested in making a film of my own. 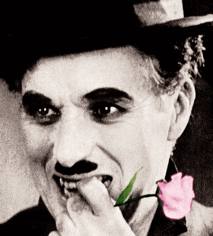 3 Replies to “THE PASSION PLAY CHAPLIN AND STRAVINSKY NEVER MADE…”