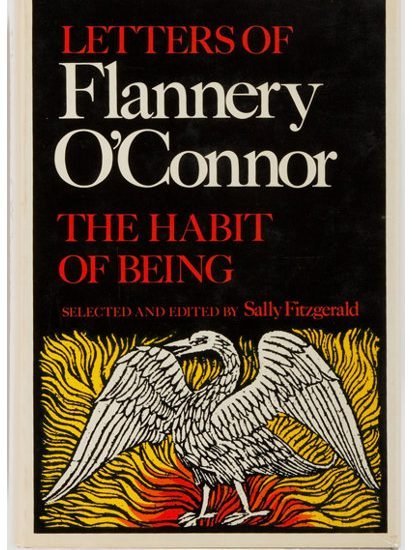 “Religious experience is absolute; it cannot be disputed. You can only say that you have never had such an experience, whereupon your opponent will reply: ‘Sorry, I have.’ And there your discussion will come to an end. No matter what the world thinks about the religious experience, the one who has it possesses a great treasure, a thing that has become for him a source of life, meaning, and beauty, and that has given a new splendor to the world and to mankind….No one can know what the ultimate things are. We must, therefore, take them as we experience them. And if such experience helps to make life healthier, more beautiful, more complete and more satisfactory to yourself and to those you love, you may safely say: ‘This was the grace of God.’

“Anyone who wants to know the human psyche will learn next to nothing from experimental psychology. He would be better advised to put away his scholar’s gown, bid farewell to his study, and wander with human heart through the world. There, in the horrors of prisons, lunatic asylums and hospitals, in drab suburban pubs, in brothels and gambling-halls, in the salons of the elegant, the Stock Exchanges, Socialist meetings, churches, revivalist gatherings and ecstatic sects, through love and hate, through the experience of passion in every form in his own body, he would reap richer stores of knowledge than text-books a foot thick could give him, and he will know how to doctor the sick with real knowledge of the human soul.”

“The ritual event that takes place in the Mass has a dual aspect, human and divine. From the human point of view, gifts are offered to God at the altar, signifying at the same time the self-oblation of the priest and the congregation. The ritual act consecrates both the gifts and the givers. It commemorates and represents the Last Supper which our Lord took with his disciples, the whole Incarnation, Passion, death, and resurrection of Christ. But from the divine point of view this anthropomorphic action is only the outer shell or husk in which what is really happening is not a human action at all but a divine event. For an instant the life of Christ, eternally existent outside time, becomes visible and is unfolded in temporal succession, but in condensed form, in the sacred action: Christ incarnates as a man under the aspect of the offered substances, he suffers, is killed, is laid in the sepulcher, breaks the power of the underworld, and rises again in glory. In the utterance of the words of consecration the Godhead intervenes, Itself acting and truly present, and thus proclaims that the central event of Mass is Its act of grace, in which the priest has only the significance of a minister. The same applies to the congregation and the offered substances: they are all ministering causes of the sacred event. The presence of the Godhead binds all parts of the sacrificial act into a mystical unity, so that it is god himself who offers himself as a sacrifice in the substances, in the priest, and in the congregation, and how, in the human form of the Son, offers himself as an atonement to the Father.

What happens in the consecration is essentially a miracle, and is meant to be so, for otherwise we should have to consider whether we were not conjuring up God by magic, or else lose ourselves in philosophical wonder how anything eternal can act at all, since action is a process in time with a beginning, a middle, and an end. It is necessary that the transubstantiation should be a cause of wonder and a miracle which man can in no wise comprehend. It is a mysterium…What in the world could induce us to represent an absolute impossibility? What is it that for thousands of years has wring from man the greatest spiritual effort, the loveliest works of art, the profoundest devotion, the most heroic self-sacrifice, and the most exacting service? What else but a miracle? It is a miracle which is not man’s to command; for as soon as he tries to work it himself, or as soon as he philosophizes about it and tried to comprehend it intellectually, the bird is flown.  A miracle is something that arouses man’s wonder precisely because it seems inexplicable”…

–C. G. Jung, from an essay entitled “Transformation Symbolism in the Mass”

“The Catholic Mass is a masterpiece of balancing our cultural life. If one has the courage to see, the Mass is full of the darkest things: there is incest, betrayal, rejection, torture, death—and worse. All this leads to revelation but not until the dark side has been portrayed as vividly as possible. If one went to Mass in high consciousness one would tremble at the awfulness of it—and be redeemed by its balancing effect…One ought to be pale with terror at the Mass.

The central symbol of Christianity, the cross, is a double seesaw with the two axis crossing at the center. It provides the framework for balancing the right and left and also the high and the low. If one can honor this equilibrium and the inclusiveness implied in it, one will be truly catholic (meaning whole or complete). This word needs to be brought out of its sectarian narrowness and given the breadth of its original meaning. Then it will offer a most wonderful revelation”…

“Our Western tradition promises that if even a few people find wholeness, the whole world will be saved. God promised that if just one righteous man could be found in Sodom and Gomorrah, those cities would be spared. We can take this historical context out of its historical context and apply it to our own inner city. Shadow work is probably the only way of aiding the outer city—and creating a more balanced world.”

–Robert A. Johnson, both from Owning Your Own Shadow

“We do not know what Godhead is, we only know that it is, and that all that is depends on it.”

“My own involvement in the spasms and pains of nuclear man [the man “who has lost naïve faith in the possibilities of technology and is painfully aware that the same powers that enable man to create new life styles carry the potential for self-destruction,: p. 5] makes me suspect that there are two main ways by which he tries to break out of his cocoon and fly: the mystical way and the revolutionary way…

It is my growing conviction that in Jesus the mystical and the revolutionary ways are not opposites, but two sides of the same human mode of experiential transcendence. I am increasingly convinced that conversion is the individual equivalent of revolution. Therefore every real revolutionary is challenged to be a mystic at heart, and he who walks the mystical way is called to unmask the illusory quality of human society.”

“Jesus is the ‘Holy One of God.’ But the Holy One of God realized his sanctity not in extraordinary life, but one impregnated with ordinary things: work, family and social life, obscure human activities, simple things shared by all men. The perfection of God is cast in a material which men almost despise, which they don’t consider worth searching for because of its simplicity, its lack of interest, because it is common to all men.”

“After Calvary, peace was no longer to operate on the thin blade of truth or in the court of law, but in the torn heart of a God who had become man for us in Jesus Christ”…

–Carlo Carretto, both from Letters from the Desert

“Oh and there’s Night, there’s Night, when wind full of cosmic space
feeds on our faces: for whom would she not remain,
longed for, mild disenchantress, painfully there
for the lonely heart to achieve?”

“At times I feel myself overcome by an immense tenderness for those people around me who live in the same century.”

Those are just a few of the “reasons” why, though I guess I am “spiritual,” I am also WAY religious.

16 Replies to “WHY I AM RELIGIOUS AND NOT “JUST” SPIRITUAL”