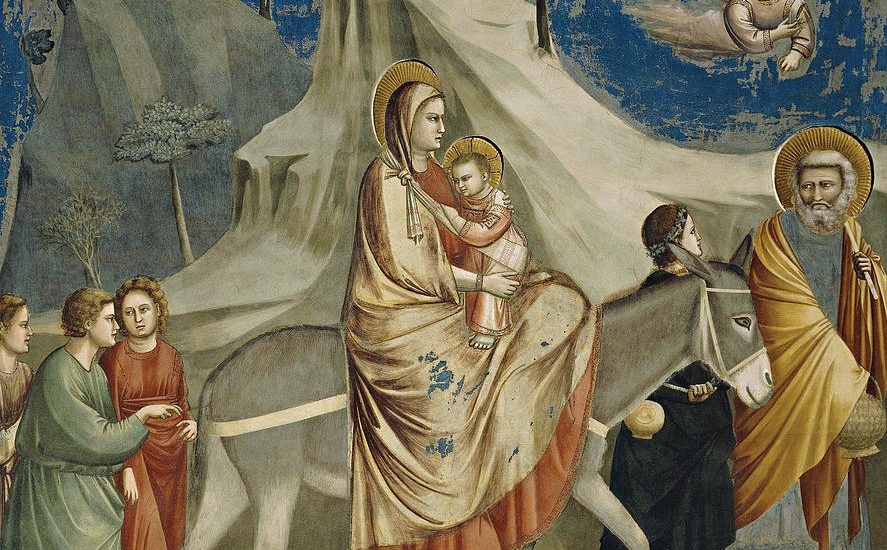 Today is what’s known in the Church as the Feast of the Holy Family. Here’s the Gospel reading:

“When the Magi had departed, behold, an angel of the Lord appeared to Joseph in a dream and said, “Rise, take the child and His mother, and flee to Egypt, and remain there till I tell you; for Herod is about to search for the child, to destroy Him.” And he rose and took the child and His mother by night, and departed to Egypt, and remained there until the death of Herod. This was to fulfil what the Lord had spoken by the prophet, “Out of Egypt have I called My Son.”

But when Herod died, behold, an angel of the Lord appeared in a dream to Joseph in Egypt, saying, “Rise, take the child and His mother, and go to the land of Israel, for those who sought the child’s life are dead.” And he rose and took the child and His mother, and went to the land of Israel. But when he heard that Archelaus reigned over Judea in place of his father Herod, he was afraid to go there, and being warned in a dream he withdrew to the district of Galilee. And he went and dwelt in a city called Nazareth, that what was spoken by the prophets might be fulfilled, “He shall be called a Nazarene.”
–Matthew 2: 13-15, 19-23

How frightened Joseph must have been; how anxious and bewildered Mary. How absolutely “contemporary” their sense of exile, their uprootedness, their longing for a home that never seemed to quite materialize. How fragile, then as now, the call that comes in a dream; the question: Is this really a call, or am I crazy?

How timeless the fact that the first “defense” against fear, isolation, danger is a family: a mother and a father, irrevocably committed to each other, consecrated to something higher than themselves. That, too, of course, is fragile: perhaps the most fragile unit of all. “How glibly we talk about ‘family-life,’ as we do also of ‘my country.’ We ought to say many prayers for families. Families frighten me. May God be merciful with them,” notes the protagonist of Georges Bernanos’ The Diary of a Country Priest.

Still, a family is not nearly as fragile as anything less or other than a family. The older I get, the more I am grateful to mine.

No comments yet
THE FLIGHT INTO EGYPT