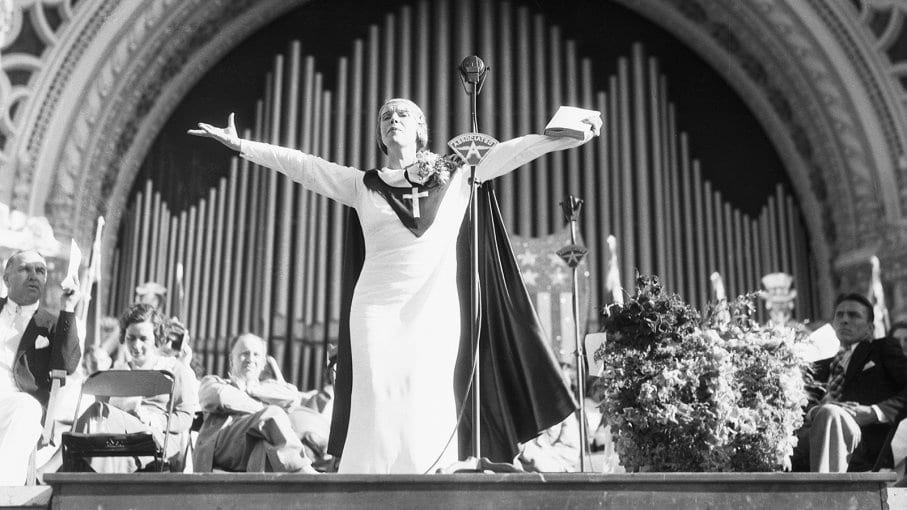 I once reviewed a book by a man who had “lost” his religion. He was disgusted by pedophile priests, outraged that God doesn’t answer the prayers of amputees by restoring their missing limbs, aghast that televangelist faith healers are often (I would have said always) fakes, and in desperation had conducted a series of social surveys revealing to his horror that people who claimed to have faith acted no better than anyone else. I certainly hope not! was my response. Religion doesn’t mean acting better than other people; it means, if we’re lucky, getting to act a little better than we used to ourselves.

Similarly, there’s a huge misconception that faith provides some kind of consolation: that faith assuages fear, dispels doubt, and imparts a phony, infantile sense of well-being that the more clear-eyed among us, as a matter of intelligence and conscience (and if that were the case, I’d add rightfully), reject. Not long ago a friend of mine–great guy; funny, compassionate, smart guy who also happens to be resolutely atheistic–was facing eye surgery.

He said, “I was coming home from the doctor’s the other day and I was so scared and felt so alone and I thought: ‘Man, I could use some of that faith people talk about. Too bad I don’t believe.’” And I, in turn, thought, Wow, do folks actually think that the person who “believes” suffers one iota less anguish at the thought of, say, eye surgery–or scorn or ridicule or rejection or abandonment or loneliness or poverty–than the person who doesn’t “believe?” If that were the case, everyone would believe. It wouldn’t be faith, it would be a transaction.  It would be a magic trick.
But the interesting thing about belief is that it doesn’t make you act better than other people, doesn’t make you appear more together, doesn’t advance you in the eyes of the world, doesn’t relieve your terrible fears and terrible shortcomings.

What does faith do? It helps you to bear the almost unbearable tension of being a mortal human being without cracking. It helps you to bear your fears, your neuroses, your anxieties, your rage, your lusts, your loneliness, so that you don’t lose your mind, or start swilling Night Train, or embark on a life spent watching internet porn. If you are very far along the path, it may begin to help you refrain  from taking the agony of bearing the tension out on other people. It leads you, or has anyway led me, to ponder the sort of Man Christ was. A Man who, nailed to the Cross, could still be focused not on his own suffering, but on the suffering of the rest of the world. A Man who, in the throes of death, turned to the Repentant Thief beside him with the reassurance: ‘This day you shall be with me in Paradise.’ [Luke 23: 43]

I find there are two basic types of people who attack when they discover I’m Catholic. The first are lapsed or disgruntled Catholics who claim to be revolted by the Church but can’t stop talking about it. I love these types. Their hearts are broken. They’re always trying to trying to trip me up, get me to say something bad about the Church, convert me back to the cause of the unbelievers.

The second type, the Pharisees (in a peculiarly unfortunate combination, the two “types” sometimes exist in one person), are always trying to get me to say something bad about other so-called (in their eyes lukewarm) members of the Church.

None of these folks can bear the hideous gap between how a follower of Christ should be and how a person who claims to be a follower of Christ actually is. It is horrible, it’s absurd. But don’t let that stop you! I want to say. Anyone who signs up to be a Christian signs up for failure. The very, very few who “succeed” die. In order to be any good at it you more or less have to be killed.  You also have to be somewhat nuts to set yourself a goal that is basically impossible to achieve. As Thomas Merton observed: “We must remember that in order to choose religious life, you must be a misfit…Let’s get away from the mystique that religious are the cream-of-the-crop Christians.”

Which is the segue into an upcoming post: Why I Am Religious and Not Just Spiritual. And the overflowings of a heart that is full as we enter the Third Week of Advent.

19 Replies to “FAITH HEALER: WHAT BELIEF DOESN’T DO”