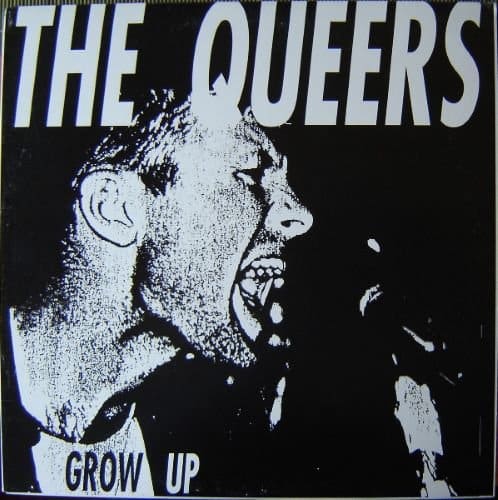 Last night I drove over to West Hollywood to meet two of my brothers: Allen and Joe. Joe has a punk band, The Queers, who’ve been around forever and were playing the Troubadour. The show didn’t start till 11, which is a tad late by my lights, so we’d arranged to meet before and grab a bite. We met in the alley behind the club, in the dark. It’s been cold for L.A. and after the band set up, the three of us walked down Santa Monica Boulevard, past the fancy joints—Dan Tana’s (“fifty bucks for a plate of spaghetti, I bet!”), The Palm—and found a pizza place. Allen treated. I had a slice of spinach and mushroom, Allen had spaghetti and sausage, and Joe, who doesn’t like to eat before a show, had a Pellegrino.

Joe lives in Atlanta, Allen lives over on the Westside of L.A., and I live in Silver Lake, near downtown. Allen has a girlfriend in the Philippines and goes over to Asia—Thailand, Vietnam—several times a year. The Queers have played, among many other places, Japan, Italy, and Brazil, and are booked next year for Russia. Right now, they’re on a U.S. tour: from here to San Francisco, Seattle, Spokane, Billings, and points east.

“I don’t know how you do it,” I told Joe. “That five-day drive I made from West Virginia earlier in the year”… “Yeah, we were talking about that in the van,” he said. “We had to hand it to ya. I can drive forever if I have someone to talk to, but to do it alone…that’s a whole other thing.” That’s about as close as Joe will ever come to a compliment, and I took it as such, proudly.

So we all have a bit of wanderlust (there are five more of us, actually four since Jeanne died) but what we basically talked about for an hour and a half was the house at 108 Post Road in North Hampton, New Hampshire where we all grew up. “Remember when Mom tied Joe to the apple tree cause he kept wandering into the road?” “Remember the time that blind old Aunt Ned, who was she anyway, she wasn’t even related to us, ratted me out? I walked her right into the corner of that coffee table that night, the blind old crone.” “Remember when we climbed Mount Chocorua and we saw that poor shriveled up woman with her hands all clawed up?” “Remember that old Zenith you had to turn on and off with a pair of pliers?” “Remember the spaghetti sandwiches?…“Remember the fireplace?”…

We talked about our nephew Allen who lost his mother when he was 4 but for whom we have high hopes because—highest possible accolade and blue-skies-ahead sign in the King family—“he’s funny.”

So there we sat, around a little round table, with the kids coming in who were headed for the club, and had a kind of second Thanksgiving, and that’s what life, and family, is. You suit up and show up, and it is something rather than nothing, and you are glad you made the trek.

Out on Santa Monica, the Christmas lights shone in the dark. We walked Joe back to the Troubadour, hugged goodbye and one more time, went our separate ways. I tried to take a picture of the  marquee on my phone—”The Queers, Kepi Ghoulie, The Riptides, The Perverts!”—but the backglow was too bright.

5 Replies to “THE QUEERS AT THE TROUBADOUR”