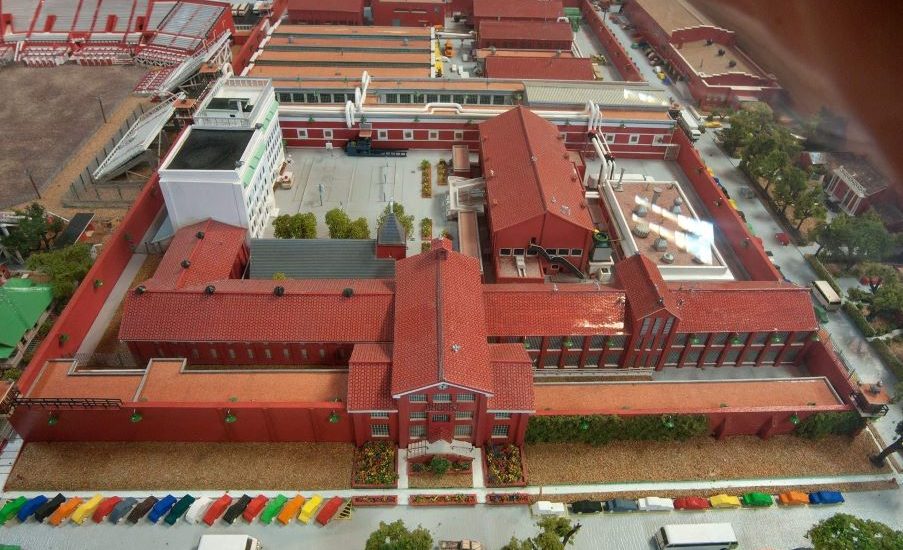 A few years ago a friend turned me on to a radio series called Sound Portraits. There were shows on ghetto life, Bowery flophouses, and the guy who repairs the Cyclone on Coney Island. But the one that really gripped me was called Witness to an Execution.

“Witness to an Execution tells the stories of the men and women involved with the execution of deathrow inmates at the Walls Unit in Huntsville, Texas. Narrated by Warden Jim Willett, who oversees all Texas executions, Witness to an Execution documents, in minute-by-minute detail, the process of carrying out an execution by lethal injection. Most of the Texas Department of Criminal Justice employees interviewed have witnessed over one hundred inmates be put to death. One-third of all executions in the US have taken place in Texas, since the death penalty was reinstated in 1977.”

The voices in Witness to an Execution tell a rare story. Major Kenneth Dean, a member of the “tie-down” team, describes the act of walking an inmate from his cell to the death chamber. Jim Brazzil, a death house chaplain who has witnessed 114 executions, remembers inmates’ last words to him. Former corrections officer Fred Allen discusses his own mental breakdown, caused, he says, by participating in one too many executions.

Witness to an Execution won a Peabody Award in 2000.”

Listen, weep, and tell me Fred Allen is not by far the sanest one of that bunch.

And if you’ve a mind to, check out as well Tolstoy’s 1899 novel Resurrection, about the abysmal Russian prisons and man’s (obviously continuing) injustice to man:

He hoped to find an answer to this question in books, and bought all that referred to it. He got the works of Lombroso, Garofalo, Ferry, List, Maudsley, Tard, and read them carefully. But as he read he became more and more disappointed. It happened to him as it always happens to those who turn to science not in order to play a part in it, nor to write, nor to dispute, nor to teach, but simply for an answer to an every-day question of life. Science answered thousands of different very subtle and ingenious questions touching criminal law, but not the one he was trying to solve. He asked a very simple question: “Why, and with what right, do some people lock up, torment, exile, flog, and kill others, while they are themselves just like those whom they torment, flog, and kill?” And in answer he got deliberations as to whether human beings had free will or not. Whether signs of criminality could be detected by measuring the skulls or not. What part heredity played in crime. Whether immorality could be inherited. What madness is, what degeneration is, and what temperament is. How climate, food, ignorance, imitativeness, hypnotism, or passion act. What society is. What are its duties, etc., etc.

These disquisitions reminded him of the answer he once got from a little boy whom he met coming home from school. Nekhludoff asked him if he had learned his spelling.

“I have,” answered the boy.

“A dog’s leg, or what kind of leg?” the boy answered, with a sly look.

3 Replies to “WITNESS TO AN EXECUTION”