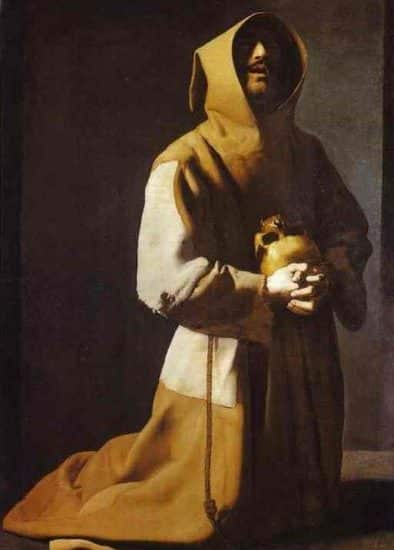 Genuflect: late Latin genuflectere, from Latin genu, knee, and flectere, to bend. Date: 1630. 1.a. to bend the knee. b. to touch the knee to the floor or ground especially in worship.

The first time I went to Mass, in trembling and fear, I was shocked to see people kneeling. In the middle of Los Angeles, in the middle of the day. I felt like I’d stumbled upon a group of folks sitting on the toilet, or having sex. Right out there in the open, for anyone who wandered in to see, they were asking for help. They were admitting that they didn’t know. They were saying “I adore you.”

I have a theory that prayer is the answer to itself. The very fact that we’re praying means we’re already receiving what our hearts long for. To open ourselves to reality. To move away from isolation and toward communion.

To die to self-reliance and come alive in wonder and mystery. Acknowledging our vulnerability, we’re in solidarity with every other sick, suffering, broken person in the world. With our heads bowed, our ears are closer to our hearts. On our knees, we’re the same height as children.

I once stayed at a Catholic retreat house where something seemed off. Why was there no body on the cross?  Why had the Penitential Rite, the Intercessionary Prayers, the Responsorial Psalm—the Psalms!!!— been excised? The Mass had been sanitized and euthanized. The Mass had been emasculated. After awhile it dawned on me that at no time during Mass did the members of the community kneel: nary a genuflection before or after Mass; not during the Eucharistic Prayer or Agnus Dei (the chapel had no kneelers, so none of us could kneel except on the floor).

One afternoon I crept into the chapel, peered beneath the pews and spied the tiny holes on either end that had once held screws. Just as I’d suspected, they had taken out the kneelers. They had taken out the kneelers. This resistance to kneeling, in conjunction with the whole liturgically-diluted, inert atmosphere of the place, struck me as disturbing and even dangerous. What were we there for but to worship, to give thanks, to kneel before Someone greater than ourselves? What lover of Christ, before a re-presentation of the Crucifixion, would not instinctively be moved to assume a posture of grief, sorrow, awe, praise, trembling supplication? Where was the blood, the anxiety, the majesty, the sublime paradox, the resurrectional joy?

I’m the first to admit I sometimes over-react but I think this is a serious point. I’m weak but I’m not so delicate that I can’t understand that Christ, in agony on the cross, is a reflection of the human condition. I don’t need to be shielded from the knowledge that before the Resurrection comes a long, painful journey. I kneel because someone else consented to tell, live and die the truth. I kneel because for a long time I knelt before nothing but my own desperate self-centered desires and I lived in the fires of hell. I kneel to ask for help because I want to be able to welcome the next shipwrecked soul who stumbles, dazed and bleeding, onto shore.

I kneel because I know that someday—maybe today—I’m going to die.