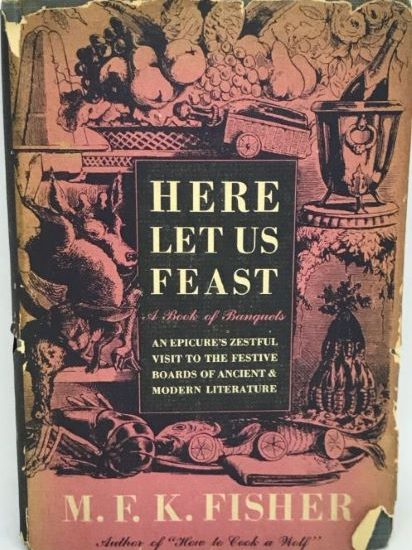 I have never seen a reality show but I’ve heard tell of them, in particular a series called “Iron Chef” that, according to wikepedia, consists of “a timed cooking battle built around a specific theme ingredient.” I have also never claimed to be in the vanguard of pop culture, but a battle? Timed? Around food? Just because you can accomplish a particular task in a frenzied rush doesn’t mean you should. How about Iron Surgeon, Iron Lend-a-Compassinate-Ear-to-Your-Friend-Who’s-Just-Found-Out-Her- Husband-is-Cheating-On-Her, Iron Sleep?

And don’t get me going on the insular, rarefied-to-the-point of absurdity, back-biting tone of so much of contemporary food writing. (Confession: I sleep with the 747-page tome The Art of Eating: Five Gastronomical Works by M.F.K. Fisher mere feet from my bed). I can cook from scratch and serve, say, grilled chicken with fennel and shallots, a blood orange and roasted beet salad, and a fig frangipane tart as well as the next person, but I draw the line at roast tuna foam or white garlic and almond sorbet.

There’s only one criterion for food and that’s whether, at the particular time, under the particular circumstances, you like it. Whether, even if you’re eating alone, you have some basic sense of sharing. Whether, at some point during or after eating you can say Man, was that good! (Yes, that’s one criterion, broken down into three parts).

That takes time. Not necessarily time to prepare the food, but time to figure out what food is about and for–which, call me old-fashioned, I’m pretty sure is to bring people together, not pit them against each other as adversaries. So here are three “recipes” I’ve worked up over the last few weeks that in one sense don’t take a lot of time, and in another sense take a lifetime. 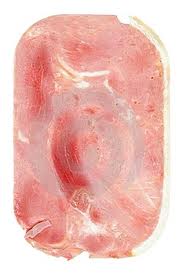 1. Take a piece of Healthy Ham from Trader Joe’s and roll crosswise into a spiral. Dip directly into a large jar of mayonnaise and eat, bite by mayonnaise-dipped bite, while thoughtfully gazing at the bare stucco wall of the house next door and admiring the olive green trim around the windows. 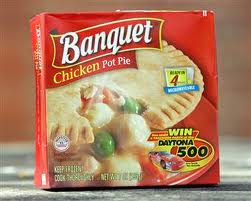 2. Walk down Sunset Boulevard in a light drizzle of rain to the 99-cent store and buy two tubes of Pepsodent, a package of votive candles, and, on a whim, a 76-cent frozen chicken pot pie. Bring the chicken pot pie home, enjoying the smell of wet wild fennel and the sound of tires on wet pavement and the feel of the rain on your face, and put it in a 375-degree oven. While it’s cooking, think of similarly evocative childhood treats: Campbell’s cream of mushroom soup, lobster newburg (the old man kept lobster traps back in New Hampshire),  your mother’s home-made popovers. Eat with a teaspoon, in bed, scraping the last bits of crust from the tinfoil, while reading Camus’ The Plague. 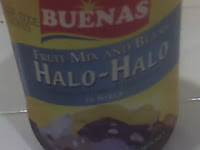 3. Take your friend Glenn who just had a hip replacement to the Saturday vigil Mass at St. Basil’s. Yield to his offer to take you for udon in the tiny stall/café at the back of Assi Korean Grocery on Oxford and 8th. Afterward, troll the aisles and come upon an item called Buenas Fruit Mix and Beans Halo-Halo, a glass jar of red mung beans, coconut gel, palm fruit, jackfruit, macapuno (?), white beans, and sodium hydrogen sulphite, the main ingredient of which, however, is pure cane sugar.

Let that pure cane sugar recommend itself to you. Shell out a buck ninety-nine, wait with Glenn in the parking lot for the AAA guy because you had to take Glenn’s car (the seat in your Celica was too low for his injured hip) and it somehow broke down while you were in Assi, accompany him home, retrieve your own car, and drive you and your precious jar home.

While still in your coat, take a quart container of French Village plain yogurt, also from Trader Joe’s (the kind with about a third of an inch of heavy cream on the top) from the fridge. Remove the gold and blue glazed Provence cup you bought at Dona Flor on Newbury Street in Boston that time the editor from Paraclete took you out to lunch and asked if you wanted to write a book about a saint from the dish drainer. Put a ton of yogurt in the cup, then add a couple of giant spoonfuls of Halo-Halo and stir.

Bring it back to your bedroom (you’re sharing a house and still feel a little shy about hanging out in the kitchen). Take off your coat. Check your e-mail. See that, one more time, nothing’s come over the transom even remotely promising money, sex, or fame.

Close your eyes. Give thanks for your health, your friends, your car, that you had a buck ninety-nine. Man, is that good.