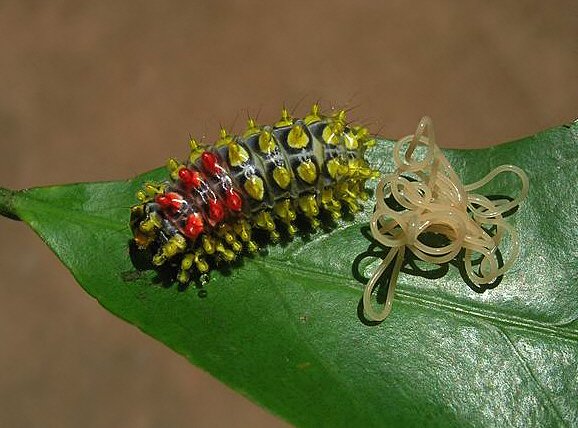 Somewhere around the age of 12, I became obsessed with sickness, corruption, rot. I researched maggots, I boned up on the Nazi death camps, and for my 7th grade Science Fair experiment—“Which Toothpaste is Best?”—I explored the fascinating subject of dental decay. Mr. Peck, our science teacher, supplied Petri dishes filled with agar-agar, a kind of hard tan jello that served as a medium for bacteria. Mrs. Richards from down the street contributed an egg incubator, molded of pink and blue plastic, warmed by a light bulb. On the Saturday morning I’d set aside for the experiment, I scraped my back molars with a toothpick and smeared the resulting plaque on an untouched expanse of agar-agar: this was my control dish. Three others I spread with a layer each of Colgate, Pepsodent and Ipana before applying a generous dollop of plaque. Then, rubbing my hands together with mad-scientist glee, I carefully placed the dishes in the festering warmth of the incubator.

I never considered that my setup might have fallen somewhat short of duplicating the conditions of a human mouth. No, Alexander Fleming couldn’t have been more excited to discover penicillin than I was, a few days later, to spy unsightly white blotches spreading across the surface of all four Petri dishes. As I remember, the Colgate dish sported the least crud, but I was so thrilled to find my otherwise normal-looking body capable of producing such stupendous amounts of rot—the real point of the experiment—that I immediately lost all interest in which toothpaste was best.

I went on, for the 8th grade Science Fair, to attempt growing cancerous tumors in sunflowers. First, I grew the sunflowers themselves, planting seeds in indoor pots till they became thick, hairy stalks pressing against the dining room ceiling. Then I sent away to a science supply outfit for malignant cells, injected the plants and, with bated breath, waited. No altruistic desire to find the cause of cancer or the cure for cancer motivated me: I just wanted to see the tumors. Cracked black oozing tumors, I hoped, ideally with a foul odor. “Gross! What’s that smell!” I pictured my family sitting bolt upright and yelling from their upstairs beds. The biggest growth I planned to remove with a sharp knife, dissect, and glue to a large sheet of poster board. This, I felt, would make an eye-catching display for the Science Fair.

For all my hard work, I never managed to coax the plants into growing a single tumor: as the Science Fair grew near, I tossed aside the syringe, started gouging holes in the sunflower stems with a soup spoon, and packed in whole test-tubefuls of the stuff. Though to no avail, I still won third place, largely on the strength of the cardboard triptych, minutely lettered in Magic Marker, that formed the backdrop for my haggard but carcinoma-free flora.

I haven’t changed much. Thirty-five years later, when I got cancer, it was all I could do not to ask the surgeon to save the tiny tumor he removed from my left breast to take home, put in a jar, and contemplate from my bed. Would it be cracked, black, bleeding? Would the cells be sad to be separated from their healthy neighbors?

An alcoholic poised to take my first drink, way back in 8th grade already I’d felt the perverse division of will that makes the human psyche a torment. A child on the verge of adolescence, already I was learning to shape suffering into stories. Haunted by decay and death, already I’d understood the things that triumph over death: wonder, love, a sense of humor.

In middle age, I look back on my 12-year-old self—already wisecracking, already lonely. I take her in my arms. I show her our books.

5 Replies to “THE METAMORPHOSIS”