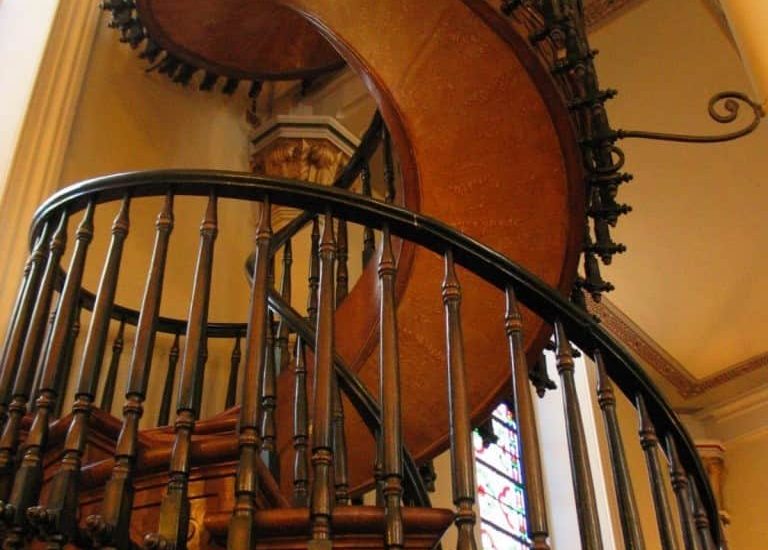 Yesterday I was talking to a friend about this transition I’m making from apartment-living to being a housemate. “What must be hard,” he remarked–and this is a dear friend, and I know he was speaking out of total respect and concern–“is not seeing it as…a step down.”

Actually, I realized later, though I am a bit strapped for cash, I’d been thinking it was a step up: better neighborhood, bigger house (and a house, not an apartment!), huge yard, a place in Joshua Tree to which I also have access, cable, free wifi, washer-dryer, all for three or 400 dollars less than I was paying at my old place.

But he got me to thinking about how 1) it’s no use ever trying for a certain effect (not, I don’t think, that I had been) as people rarely see things the way you do; and 2) is the glass half-empty or half-full? syndrome.

I thought about this particularly last night as I was asking the cashier at the Silver Lake Goodwill for the “old people’s” (my term) (over 55) discount. I thought more as I walked home alone, in the dark, on Sunset Boulevard. I could have thought Aging spinster buying clothes at the thrift store or I could have thought, as I more or less chose to, For 11 bucks I just got a pristine pair of black Everlast workout pants, a cashmere cardigan, and a green v-neck jersey with three-quarter length sleeves I can wear to the retreat I’ve been asked to give this weekend for which I’m getting flown out to St. Louis,  paid well, and 50 women have signed up.

I could think I’m a loser or I could remember I’ve found my way to Christ and that is the one, the only thing that matters, ever could matter, ever will matter on this earth.

In this morning’s Gospel I’m reminded: “Give and gifts will be given to you; a good measure, packed together, shaken down, and overflowing, will be poured into your lap. For the measure with which you measure will in return be measured out to you.” Luke 6: 38-40. And really this is the crux of the whole thing. I’m reminded that Christianity is not a theory; it’s an experience.

You have to let go before you have enough, when you’re not feeling secure. You have to give to someone else when you’re terrified there won’t be any left for you. You have to choose to believe, with every ounce of strength, that if you’re trying to make your basic policy  love, everything is a step up.