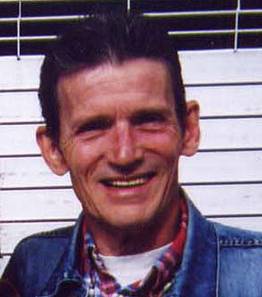 One year ago, my friend Fred died at the V.A. Hospital in West L.A. Fred had a hair-trigger temper, the nervous system of a rattlesnake, and a heart that, miraculously, had not quite been hardened by an abusive childhood, the tour in ‘Nam, a career as a bronco-rider, and his years as a Skid Row drunk.

Fred could be difficult. But if he was in one way shut down, in another his spirit made him vulnerable in a way that more “well-adjusted” folks–however kind and generous–never have to be. He suffered to an extent and for a period of time that would have felled a “normal” man, and if that made him unusually sensitive to people’s faults, it also gave him an unusual capacity to see and accept people for what they were. He knew I wasn’t as nice as I like to make myself out to be, nor as self-assured. He accommodated my tendency to focus on the unattainable, my sappiness; the way I talk about God. Perched on his wheelchair at the V.A., I’d sometimes start crying mid-conversation; he’d ignore me. I’d grope to articulate a memory or feeling or yearning; he’d acknowledge me without engaging or much responding, which is really all I wanted. I don’t know what it was in Fred that invited or allowed this level of trust. Maybe illness is the great leveler. Maybe in silence we share the wounds that are never going to heal.

I think of his bachelor apartment with the smoke-stained walls, the bills lined up in military rows on the dresser, the packets of ketchup from Taco Bell in the fridge, the pinup rodeo girl tacked to the wall of his closet, the paper lunch bag on the floor by the bed filled with spent cigarette butts–he died of complications from emphysema–the drawer with the SSI checks that had been accumulating, because he’d been in the V.A for over a year.

I think of the afternoons I spent in Building 215, with the waning rays of the sun bathing the San Gabriels. I think of how you have to be in almost unbelievable pain to sit in silence with another person; to endure that level of ineffectiveness, of poverty.

We were able to share our loneliness, and I miss him.