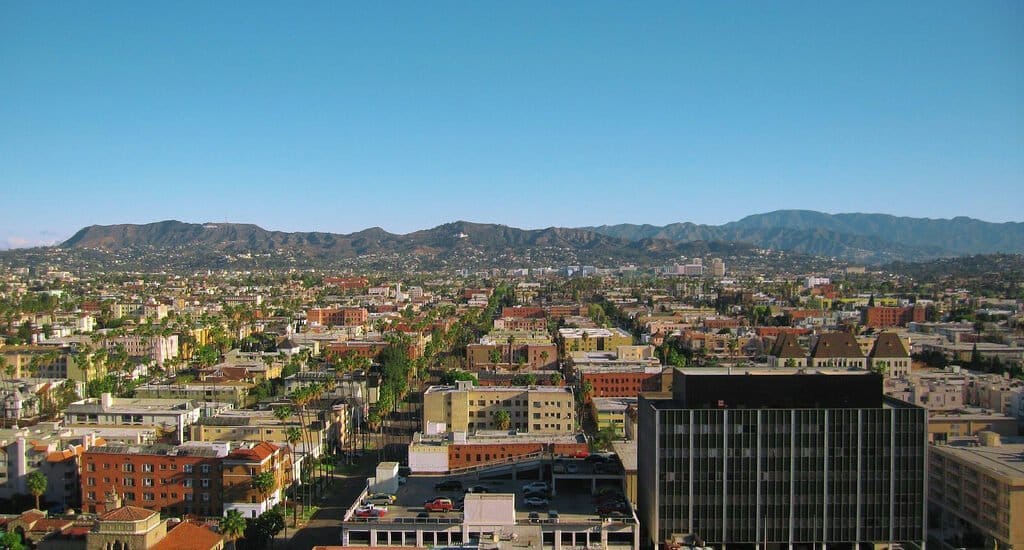 For 17 years I wandered around the Koreatown section of L.A., weeping, praying, contemplating, complaining. Growing and regressing. Having breakthroughs and breakdowns. Years during which I stayed sober, gave up my job as a lawyer, converted to Catholicism, started to write.

Last January I sold or lent out most of my furniture, gave up my beautiful apartment–hardwood floors, crown moldings–and set out in my ’96 Celica convertible on a cross-country sabbatical/odyssey/retreat. I have always had a teensy bit of a hermit/nun complex, so thought the movement would be toward more asceticism; a further paring down. Instead I learned that I  missed food, clothes, money, and my smart, funny friends. I missed Vietnamese noodles, the insanely great Goodwill stores, the public library (surely one of the greatest institutions civilization has yet produced), the whole holy-hell paradox of this city where so many of us dreamers of the golden dream end up.

I thought I might have been done with L.A. I thought I might move to someplace that was quiet and less chaotic. I was wrong. I’ve barely talked for 6 months and now I have an almost violent urge to talk to the whole world. I’ve been in a kind of metaphorical cloister and now I’m burning to bust out. Suddenly the detritus I’ve been slowly, silently compiling–the 25 years of journal entries, the recipes, clippings, quotations,  stories, epiphanies, crises, revelations, poems, songs, photos (that one above, btw, is of a Jesus statue found in Elvis’s bedroom, which I snapped on my cell at Graceland during a previous pilgrimage)–seem like they might be of some crazy use!

I have been very concerned ever since I returned with myself, and my career and living situation. But yesterday I saw an old man inching his way down LaBrea, and thought of how we are simply cowed by all the suffering of the world, and how that is why those of us who do, go to Mass.  For the guy with a junkie wife. For our families we can’t quite find it in our hearts to forgive. For that old man, resolutely shuffling forward with his down-at-the-heel shoes and dingy socks.

“When I moved to the East Side, I went to a Salesian priest, Father Zossima. It was he who urged me to go to daily communion. I had thought this was only for the old or the saintly, and I told him so. ‘Not at all,’ he said. ‘You go because you need food to nourish you, for your pilgrimage on this earth.’ ”

One Reply to “WELCOME TO MY WORLD”